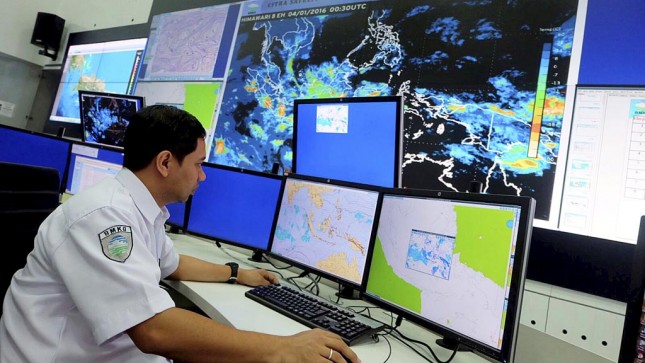 INDUSTRY.co.id - Jakarta - Meteorology, Climatology and Geophysics Agency said the earthquake with magnitude of 7.3 on Friday (15/12) at 23:47 pm due to the activity of subduction zone formed due to collision of Indo-Australian Plate against Eurasian Plate in southern Java.

"Based on the position and depth, the earthquake event is caused by the activity of subduction zone formed by the collision or subduction of Indo-Australian Plate against Eurasian Plate in southern Java area," said Head of BMKG Earthquake and Tsunami Center Mochammad Riyadi in his statement received in Jakarta on Saturday (12/16/2017)

The earthquake was centered at 42 km southwest of Kawalu, West Java. This earthquake is potentially a tsunami in southern West Java, Central Java and Yogyakarta.

From the recordings of tide gauge stations close to the epicenter, there was no recorded sea level rise which end BMKG tsunami early warning at 02:26 pm.

Furthermore, he said, from the monitoring results BMKG until 02:14 pm has happened three times aftershocks with magnitude 3.2, 3.4 and 3.2.

"People are encouraged to stay calm and follow BPBD directives and BMKG information, not to be fooled by the irresponsible issues of the earthquake and tsunami, while also being alert to the occurrence of aftershocks that generally strengthen," he said.