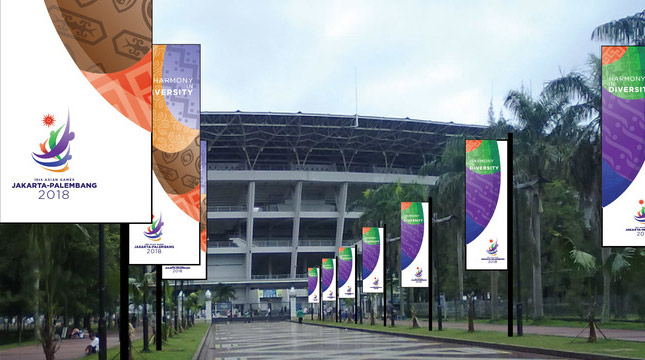 INDUSTRY.co.id - Jakarta - Minister of Public Works and People's Housing (PUPR) Basuki Hadimuljono, Friday afternoon until night (6/7/2018) reviewing the work of road arrangement and sidewalk of Jalan Sudirman to support the 18th Asian Games which will start on 18-8-2018.

The review is done by Minister Basuki by walking approximately 3 km starting from Pemuda Senayan to Hotel La Meridien.

"We'll see from Senayan till here (Hotel La Meridien), the priority of the road must be straight, no one turns anymore. Later road width of 18.5 meters, width of the sidewalk 9 meters equipped parks as wide as 3.4 meters. We prioritize that the road is 100% completed on July 21, 2018 and 31 July will be suspended all. Everything is clean and neat, no more barrier because the guests of the Asian Games have started to come, "said Minister Basuki

The work of road and sidewalk arrangement is done by the Provincial Government of DKI Jakarta and PT. MRT Jakarta which carries out mass rapid transportation (MRT) construction at Jalan Sudirman. Nevertheless, the Minister who is also Chief Executive Officer of Facilities and Infrastructure of the 18th Asian Games said to be responsible. Ministry of PUPR through Directorate General of Highways has coordinated with DKI Jakarta Provincial Highways Office

"I coordinate with the Governor of DKI Jakarta and DGH, all of Sudirman area with a total length of 6.9 km from Senayan to Bundaran HI is expected to be completed on July 31, 2018," said Minister Basuki.

Minister Basuki's review after arriving in Jakarta late afternoon, after a working visit to the Provinces of Bali and West Nusa Tenggara accompanied Vice President Jusuf Kalla and Coordinating Minister for the Economy Luhut Binsar Panjaitan.

There are some important notes to be completed ahead of the Asian Games. "I see the Sultan Hotel fence can be cleaned up, so that along with the pavement that has been neat. I already phone the manager and willing to trim the fence Hotel Sultan on the Sudirman side, "he said.

The existing fences and sidewalks on the Semanggi Bridge are also trimmed and painted again to further enhance the arrangement of the area. "At the inauguration of Semanggi Bridge August 17, 2017, we want to change the fence but that time can not be done because it is still in the mock up phase," he said.

For venue and supporting facilities at Gelora Bung Karno Complex (GBK) Senayan, Minister Basuki said it will be completed entirely in July 2018. For venues, only squash venues are still in completion and targeted to be completed on July 12, 2018.

"In West Java Province, unfinished only Access Road Paragliding Venue the area of ​​Puncak Bogor. We are targeting in 2 days is finished. The rest insha Allah is ready, "he said.