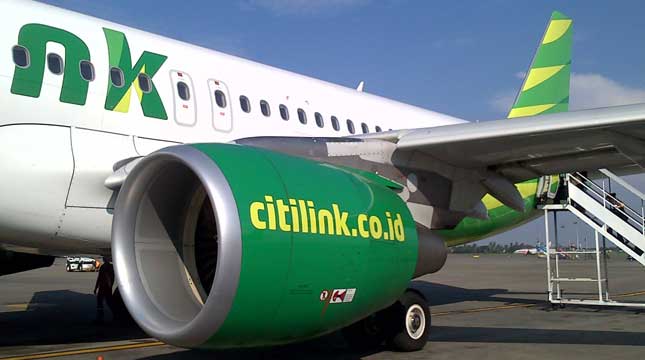 INDUSTRY.co.id - Jakarta, Citilink aircraft with flight number QG 801 reportedly lost contact and experienced an emergency this afternoon. However, the information was ignored by the airline's flag carrier Garuda Indonesia subsidiary.

"Regarding the existence of the lost Citilink Indonesia aircraft from the radar for QG 801 flight with Semarang-Surabaya route, we can convey that the information is not accurate," said VP Corporate Secretary & CSR PT Citilink Indonesia, Ranty Astari Rachman, through his written statement in Jakarta , Wednesday (7/18/2018).

He explained, as far as monitoring the management of Citilink and the results of coordination in the field, the flight planes are walking normally and have landed safely at Juanda Airport Surabaya.

"Citilink Indonesia's management ensures the safety and security of every flight, and to this day all flights are running normally," Ranty said.

He added, in accordance with the procedure, the pilot then reported to AirNav Indonesia. On the first occasion, we then report to the Semarang SAR personnel on the subject. At 11:18 pm Citilink 801 Pilot Report after the 10000 ft passing has not detected the signal.

"Once again we state that the Citilink aircraft is not experiencing an emergency condition, but the aircraft captures emergency signals according to this procedure should be reported, and we then proceed to SAR," said John.

Previously had circulated information that calls the plane Citilink route Semarang-Surabaya with flight number QG 801 experiencing emergency conditions and loss of contact. However, based on information the PT Angkasa Pura I and AirNav Surabaya ensure the plane had landed at Juanda Airport at 11:47 pm.