CEO & Chairman of Jabebeka Group, S.D. Darmono, said that to face this industrial revolution it is absolutely necessary to have competitive human resources (HR), one of which is through education at the university level. It's just that there are some weaknesses in national education institutions, especially at the university level. According to him, not many national universities are truly ready to print competitive human resources to deal with industry changes.

As the President University founder in Jababeka Industrial Area (KIJA), Darmono said there needed to be three fundamental changes so that Indonesian human resources were ready to maximize the industrial revolution. The first is through changing the mentality and attitude of the students themselves to not be easily resigned to the situation.

"This is fundamental, the attitude of our own children must change to face this industrial revolution, maybe it needs more different things than before. These children must continue to hone their skills to be able to work multiskill, "Darmono said in a discussion" The Future of Higher Education Facing 4.0 Industry "at Menara Batavia, Jakarta, Tuesday (4/9).

In addition, continued Darmono, educational institutions ranging from elementary school to university must be willing to change themselves related to the way of teaching and learning, changing the curriculum and methods of education adapted to the demands of the times, especially tailored to the needs of industry. He appreciated the government's move to intensify link & match vocational education. According to him, it is one of the strategies to change the pattern of national education in accordance with industry needs.

Third, the government must provide support by establishing regulations that can truly support the implementation of industrial revolution 4.0. Until now, government support is considered to be still not optimal, such as the plan to provide super deductable taxes for investors who are intensely innovating and research and development (R & D). But this policy is also considered not final because there is no certainty when it will be set.

"The government must change the rules, not the rules that were used in the past. Now, to change that, a lot of teachers must often collaborate and communicate together, "Darmono said.

Related to this, Darmono said he would cooperate with the University of Glasgow, England to jointly encourage the improvement of national human resources. According to him with a lot of learning and partnering with the fourth oldest university in the world, Indonesian HR will be increasingly ready to face the industrial revolution 4.0.

"The government along with the university must prepare new skills to be better prepared (to end the industrial revolution 4.0) by taking advantage of this new opportunity. "What is too late is not doing anything, the people will be unemployed but who are actively adopting this new atmosphere, the people will prosper," he concluded. 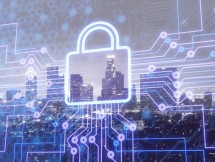 On May 2018 the FBI issued a warning, recommending everyone to reboot their routers. This warning came after Cisco revealed that 500,000 routers made by Linksys, Mikro Tik, Netgear, and TP-Link…