INDUSTRY.co.id - On May 2018 the FBI issued a warning, recommending everyone to reboot their routers. This warning came after Cisco revealed that 500,000 routers made by Linksys, Mikro Tik, Netgear, and TP-Link had been infected. The malware VPNFilter that was developed by a Russian hacking group is capable of collecting private data like website credentials or destroying the infected device in one single command.

There are tens and hundreds of million routers around the world. In every  household, office, shop and coffee shop. Wi-fi routers are probably the most single used network device that can cause huge damage on all levels: individual, corporate and state. From private data, through business-secrets theft to state-level attacks, routers are in the midst of a security challenge well recognised by hackers worldwide.

The FBI advised, “Owners are advised to consider disabling remote-management settings on devices and secure with strong passwords and encryption when enabled. Network devices should be upgraded to the latest available versions of firmware.”

Another attack campaign was first discovered by Radware Security Research Team in July 2018 and again in July 2019, exploiting more than 180,000 home routers in Brazil, stealing bank account credentials. By running large-scale campaigns like the one seen in Brazil, an attacker could simultaneously perform fraudulent transactions from hundreds of thousands of bank accounts, inflicting real damage not just on specific individuals but also the entire Brazilian banking system.

It’s no surprise that routers are targeted by cyber criminals all the time and everywhere. Cyber criminals, like any criminal, are looking for the easiest modus operandi that involves the least risk to gain rewards.

Routers, in that sense are just like a remote door to our personal life. A very poorly protected door that once entered can expose our personal data and digital identity to hackers who in turn access other, more valuable doors.

The threat, then, stems not only from the compromise of individuals’ private data, but also from the risk of user credentials falling into the wrong hands, enabling remote access to businesses and other sensitive infrastructure.

It is a known fact that most of today’s routers were developed with relatively small budgets, with too little effort invested in the security of the device. This fact is reflected in the high percentage of vulnerable routers and number and magnitude of router attacks.

Obviously, router manufacturers must invest more efforts in their devices’ built-in security. However, as in every example where an individual threat is small, but the cumulative results may be huge (e.g. Mirai attack of 2016) this is where governments should take responsibility.

The state of California was the first to regulate the need for IoT security with Senate Bill no. SB-327 Information privacy: connected devices (“SB-327”), calling device vendors to define a unique password for each IoT device. This is a small step towards real regulations to mitigate these ever-looming risks.

User education – Users at all levels should be made aware of this risk and act to mitigate it. While medium and large corporates employ IT professionals to lower security risks by changing default router passwords, closing remote access features, updating software and configuring better security for their office routers, small businesses, shops and households do not usually pay any attention to these risks.

Security solutions – While standards and regulations are late to come into play, cyber security companies that are aware of this challenge are starting to present new on-device protection mechanisms to prevent most of these attacks, and make our home and office routers secure again. 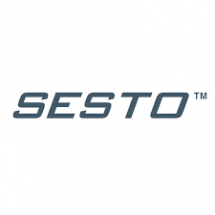 CFLD Indonesia, a subsidiary of the world's leading developer and operator of the New Industry City, CFLD International, joined the rally of Indonesia’s effort to cope with the novel virus…

OSA, or repetitive upper airway closure during sleep that restricts breathing and is usually accompanied by snoring, has major adverse health, safety and economic impact. Even with established…