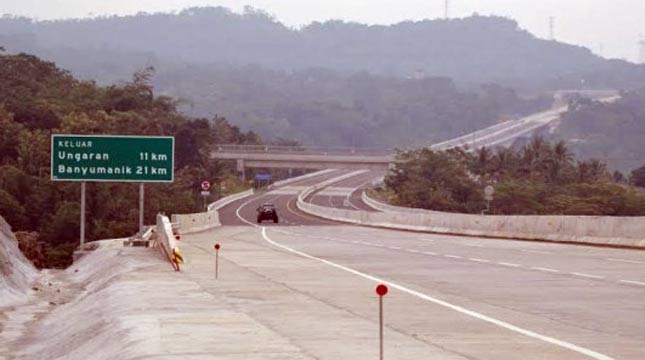 INDUSTRY.co.id - Denpasar - Bali Mandara Toll Manager prepared two special lanes at three gates to facilitate and facilitate traffic for delegates to the annual meeting of the International Monetary Fund (IMF) and the World Bank in Bali.

"We do not enforce transactions at toll booths but with special terms and arrangements for the group," PT Jasamarga Bali Tol (JBT) Operational General Manager Ahmad Izzi said in Denpasar on Saturday (10/06/2018)

According to him, the specific terms and arrangements included escort from the authorities to the VVIP group or delegation.

He added the Ministry of Public Works and Public Housing had supported the policy of not imposing transactions on toll booths for the VVIP group (heads of state), delegations, and the grand economic meeting committee.

JBT, he continued, will coordinate with relevant government agencies, regarding the transaction administration process at the toll gate. Other service users, the Bali Mandara Toll operates as usual for the public with normal transactions.

Currently, his party is intensively coordinating with the Bali Regional Police and the Bali Provincial Transportation Agency for the smooth running of the toll road during the meeting.

In addition to preparing two special lanes, it also prepares a special task force to facilitate transactions at toll gates, conduct inspections, maintenance and routine cleaning of toll equipment and provide a "mobile reader" to speed up transactions.

In addition, it also optimizes operational supervision through 56 surveillance cameras or CCTVs that are spread across a number of points and communication via HT radio.

The Bali Mandara Toll Road will be one of the main road alternatives, especially from the direction of Ngurah Rai Airport to Nusa Dua and Denpasar, and vice versa

Passing vehicles are expected to surge before and after the IMF and World Bank meetings on a 13 km road that connects the three gates namely Benoa, Ngurah Rai and Nusa Dua. (Ant)