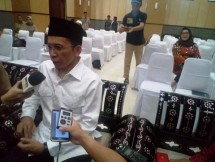 INDUSTRY.co.id - Mataram- The Nusa Tenggarat Barat Provincial Government is targeting 26,000 hectares of tobacco plantation by 2018, up from 16,000 ha in the previous year, in anticipation of rising demand due to the reduction of commodity imports.
Head of the Agriculture and Plantation Office of NTB, Husnul Fauzi, in Mataram on Friday (18/05/2018), mentioned the target of 26,000 ha of tobacco planting land, consisting of 20,000 ha virginia tobacco plantation and 6,000 ha of tobacco (rajangan).
"Tobacco planting land is spread out in almost all districts on Lombok Island, but mostly in East Lombok regency, only Mataram does not have planting land," he said.
According to him, the addition of planting area will certainly have an impact on the increase of cigarette raw material production.
Therefore, NTB Governor TGH Muhammad Zainul Majdi, asked all cigarette companies, especially farmers partners to make the maximum purchase. So also with the price at the level of farmers is expected as the previous year which reached Rp46.000 per kilogram.
"There should be no import quota restrictions, instead cigarette companies reduce purchases," he said.
Husnul said there are 29 tobacco companies that purchase tobacco on the island of Lombok every year. Most have partnerships with farmers, but there are some who do not partner and only make purchases at harvest time.
"The non-partnering companies are a dilemma, if they are given sanctions in accordance with local regulations, it will be a problem, we will continue to educate not only to buy, but to plant," he said.
To realize the target of planting land, his side allocates budget of Rp1, 6 billion. Funds sourced from the APBD are for the procurement of quality virginia tobacco seeds produced by PT Benih Emas, in Puyung, Central Lombok regency.
However, the area of ​​land that obtains seed assistance from local governments is only 4,000 ha, where all of them are managed by non-target farmers.
Meanwhile, the total area of ​​virginia tobacco area managed by partner farmers of tobacco companies reaches 12,000 ha, spread in East Lombok, and Central Lombok.
"So there are still about 4,000 ha of virginia tobacco planting ground that have not received seed aid yet, but we are trying to gradually get all the attention," Husnul said.
Meanwhile, Head of Plantation, NTB Agriculture and Plantation Office, Gusti Lanang Natha Surastha, said the help of virginia tobacco seeds has been distributed to farmer groups. In fact, most have done the seeding.
"The plan is that farmers start planting their tobacco seeds in the first week of June 2018, but not all at once, some are late," said Lanang, who is optimistic that tobacco plants this year will be good because of favorable weather conditions. (Ant)