The Price of Rice Dropped Until Profit Farmers 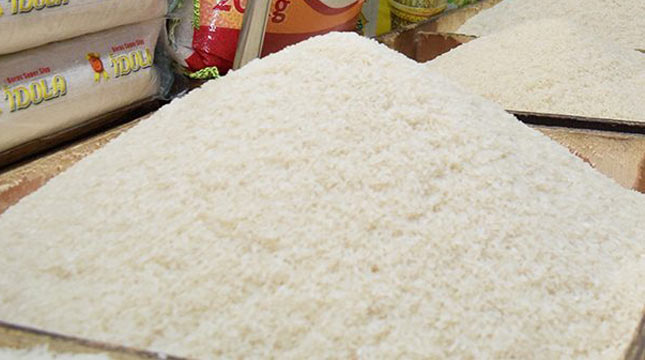 INDUSTRY.co.id - Jakarta - The price of rice fell to the detriment of farmers. This assumption is usually understood if there is a decline in rice prices in the market. The logic of thinking, if the price in the market is low then the purchase price of farmers is also low. And this makes the profit earned by farmers is smaller considering the higher production costs of planting. But what just happened just the opposite.

"It is interesting to observe the economic indicator data on rice and paddy prices and Farmers Exchange Rate (NTP) and Agricultural Exchange Rate (NTUP) in June 2018 released by the Central Bureau of Statistics (BPS) recently," said Head of Center for Agricultural Data and Information , Ministry of Agriculture (Kementan), Ketut Kariyasa in Jakarta, Wednesday (4/7/2018).

Regarding what happened and how to explain that farmers are still profitable when rice prices fall, Ketut explained that the contraction of rice and grain prices could actually be linked to a more efficient rice market performance, thereby reducing the marketing margin to be borne. The presence of breakthrough programs by the Ministry of Agriculture such as the Indonesian Farmer's Store (TTI), which has been developed since 2016 in various regions, is believed to help make the rice market performance more efficient.

"This marked the price of grain at the producer level to improve. And conversely, the price of rice at the consumer level becomes cheaper, "said Ketut.

According to Ketut, this is in line with what the Head of BPS Suharyanto said about the data released by the institution he leads. That the improvement of the agricultural trade system contributes to the improvement of welfare at the farm level as well as price fixing at the consumer level.

Then what is the impact of the improved performance of the rice market / agricultural trading system as presented by Suharyanto? Ketut calls the least visible from both sides. First, the improvement in the price of grain has contributed to the improvement of farmers' welfare or purchasing power, as seen from the increase of NTP by 0.05% to 102.04 and NTUP up 0.12% to 111.51.

"Secondly, the decline in rice prices will certainly cause the number of poor people both in urban and rural areas will decline, given that rice is still the largest contributor to the formation of poverty line," said Ketut.

According to data from BPS September 2017, rice contribution to the urban poverty line is still around 18.8%, even in the larger rural areas, reaching 24.52%.

The decline in the number of poor people, Ketut added, in line with what is being pursued by the Government Jokowi-JK, where in 2018 expected the number of poor people nationwide live below 10%. In addition through the supply chain improvement program through TTI, increasing the supply of food from domestic production through Upsus Pajale program.

"This year, Kementan is also initiating the Agricultural-Based Agricultural-Based Poverty Welfare Program or known to WORK that is highly relevant to this effort, as a permanent solution to alleviate rural communities from poverty," Ketut concluded.