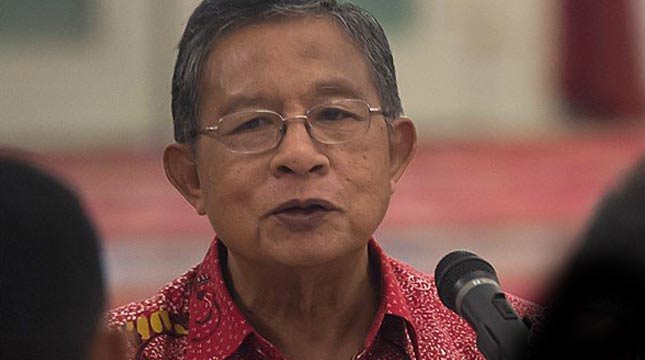 INDUSTRY.co.id - Jakarta - Indonesia Food Watch opens a voice related to the current polemic on rice imports so that there is a pro contra of import policy. Moreover, recently the Coordinating Minister for Economic Affairs Darmin Nasution made a statement to the public that the rice import polemic was caused by production projection data from the Ministry of Agriculture (Ministry of Agriculture) always missing.

Regarding this, Indonesia Food Watch's National Coordinator, Pri Menix Dey, assessed the statement of the Coordinating Minister for Darmin as an attempt to cover up the mismanagement of rice imports and side with the food mafia. The reason is that, as a senior economist, it is impossible not to understand the process and which institutions are given the authority to process, produce and issue data.

"Maybe Mr. Menko is already senile of data. Since the days of the new order until BPS has been processing and releasing food data. Moreover, the data used as the basis for import policy, "said Pri Menix in Jakarta, Thursday (09/20/2018).

The man who is also a researcher at the Bogor Agricultural Institute's Disaster Study Center (IPB) confirmed by referring to the President's direction that one data and one map be used. Data is coordinated by BPS, so it is very clear that data is not from the Ministry of Agriculture, but one door from BPS.

Therefore, Pri Menix emphasized the polemics of production data must be observant in seeing the root of the problem and all parties must honestly admit it. That the problem is that BPS has been lying down for three years, because the President's instructions to improve the data have not been completed.

"It's actually strange if the import policy is not exactly what the data misleads. The data should not be used as a scapegoat, the data is misrepresented will not protest, "he said.

Furthermore, Pri Menix mentioned, the existing production data is the maximum that the government currently has, regardless of its strengths and weaknesses, it must be able to analyze and policy appropriately. That is, to this day there is no better and more complete data than BPS data.

"Please show if someone feels they have better data.”Instead of waiting to improve the food data from 2015 to the present, it's not finished yet," challenged Menix.

"But please also note the KSA method (red. Area sampling frame) that will be released has not solved the problem, there must be weaknesses in its weaknesses. "Don't solve the problem by adding new problems," he pleaded.

However, Pri Menix asserted that production data was clearly surplus, instead taking import policy. Evidently, the impact is just now.

"Prices remain high on the market, even though there are many productions, excess supply, the main market stock is above 48,000 tons, 2 to 3 times more than last year, the bulog stock is now 2.3 million tons enough until June 2019," he said.

"So if you look at this it should be addressed by the trade system and the trade in rice. It seems that the policy of importing rice is like wrong therapy treating problems. "The headache is thinking how come the rice is given a medicine," he concluded.