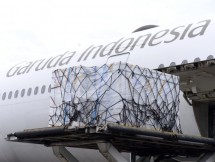 INDUSTRY.co.id - Jakarta - The Ministry of Finance recorded the realization of tax revenues for the period of January to August 2018 amounting to Rp799.46 trillion, or grew by 16.52 percent (year-on-year / yoy) Director General of Taxes Ministry of Finance Robert Pakpahan at a press conference in Jakarta, Friday (21 / 8/2018) said the amount of tax revenue up to August 2018 consisted of oil and gas income tax (PPh) of Rp42 trillion and non-oil and gas tax Rp. 757.4 trillion.

In terms of sectoral revenue, the three business sectors that recorded the realization of tax revenues up to August 31, 2018 were the processing, trading and financial services industries.

"By sector, almost all good sectors except the manufacturing industry slowed slightly but still double digits at 13.6 percent," Robert said.

Article 21 Income Tax also grew 16.36 percent. The most significant growth was recorded by taxes on imports which generally grew 26.45 percent or higher than the same period in 2017 which grew 18.46 percent. (Ant)