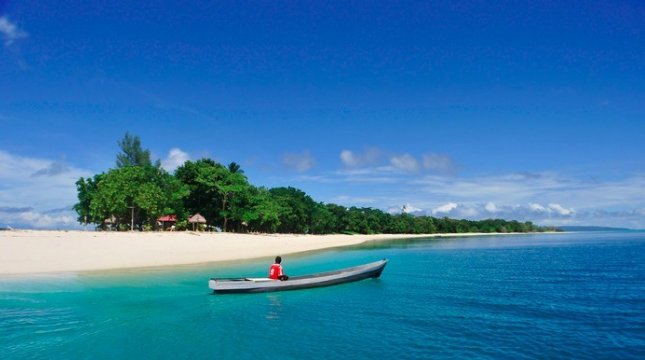 Head of the Regional Development Planning and Research and Development Agency (Bappelitbangda) Morotai Island, Abjan Sofyan through a press release received by media crews on Thursday (29/3/2018) said the funds from the state budget to accelerate development in Morotai.

The projects that will be built this year include the construction of talud in Buho-buho Village, East Morotai District (Mortim), the opening of roads in Sopi Village, Wayabullah village along the 14 km with a value of Rp100 billion, bridge turnover Rp6 billion more, bridge construction Rp44 billion more, the installation of drinking water in the city Rp12 billion, pembounan dam in Telai Village Rp26 billion more, lithium water management Rp600 million.

As for the increase of settlement area Rp26 billion and it will be divided with the market and special house Rp10 billion.

In addition, there are still many infrastructure projects to be built in 2018, so the construction of this physical project is not only in 2018, but there will also be in the year to come.

"Indeed, the Regent's target is four years will come all the good development of roads, bridges and dozens of other infrastructure development that has all been completed," he said.

In fact, Central Government itself makes Morotai Island District itself is one of the areas that serve as Special Economic Zones (KEK).

In addition, Morotai Island District entered as a border area and has various potentials that can be developed, one of which is a tourist attraction such as white sand Dodola Island.