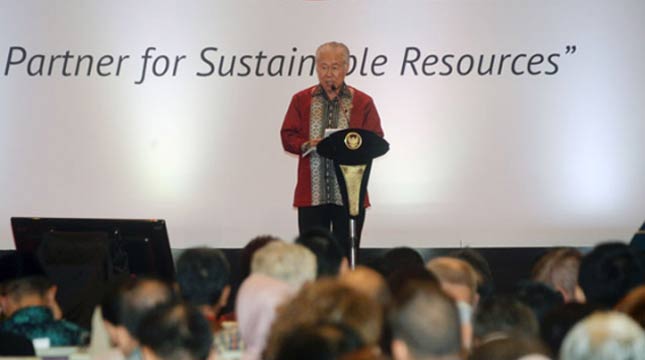 INDUSTRY.co.id - Jakarta, the Government of Indonesia and Australia are finalizing the negotiation agreement or negotiation of crude palm oil trade of both countries.

"We with Australia are in the process, this August should be the final agreement," said Trade Minister Enggartiasto Lukita after meeting Vice President Jusuf Kalla at the Vice President's Office on Monday (9/4/2018).

He added that we are also continuing to communicate intensively with the Australian parliament over the drafting of the policy on the use of palm oil and its derivative products in Australia.

"There are still some things in the negotiations, and I with Steve Ciobo (Australian lawmakers) agree that the next round of negotiating teams will take place shortly, leaving some ministers who will take the final steps," he said.

In addition to Australia, he continued, the EU and the United States are reviewing the use of palm oil and its derivative products in the country.

They argued that palm oil products are not friendly to environmental sustainability, as well as the largest contributor to illegal logging.

However, the Minister of Trade sees no motive for industrial competition behind the ban on the use of crude palm oil in the European Union, the United States and Australia.

Therefore, the Government of Indonesia will stop importing commodities from Europe, if the parliaments of these countries insist on halting the entry of crude palm oil from Indonesia.

"If they start like that (forbidding CPO), I also go to Norway that I will also ban the fish (go to Indonesia) as well as the purchase of airplanes, such as Airbus and Boeing. If this (ban) continues to grow, it is unlikely we will stop that too, "explained the Minister.