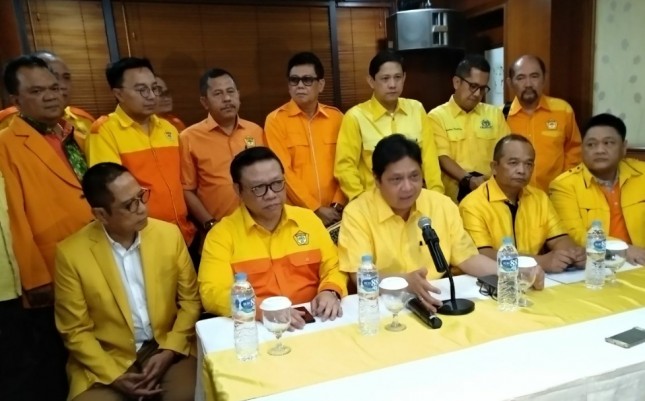 INDUSTRY.co.id - Bandung, Chairman of Golkar Party, Airlangga Hartarto along with the Golkar Party ranks expressed deep concern and sorrow to the victims and families for the terror attacks that occurred in 3 Church locations in Surabaya on Sunday (13/5).
"We strongly condemn acts of terrorism in Surabaya, conducted by a group of irresponsible people," Airlangga affirmed to media crews in Parhayangan City, Bandung.
According to Airlangga, the perpetrators of the bomb did not understand and mengahayati noble values of Islam.
"The religion of Islam is Rahmatan Lil Alamin, they (terrorist actors) have degraded religion and humanity," Airlangga said.
With this event also, according to Airlangga has damaged the diversity and value of Pancasila value.
"This is a tragic and very heartbreaking incident, we ask the police to completely disclose the perpetrators to their intellectual actors," Airlangga concluded.