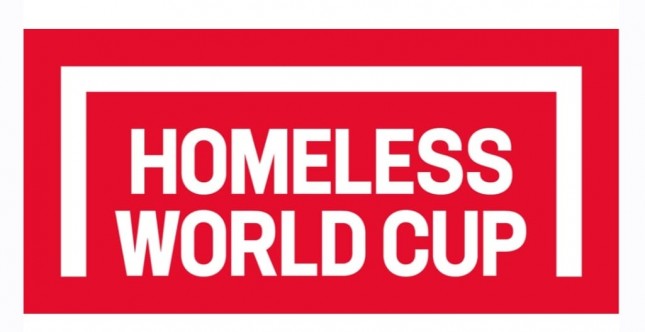 On World Homeless Day, Cristina Rodlo, Hero Fiennes Tiffin, Honey Thaljieh and Michael Sheen have become Homeless World Cup Champions and will support the Foundation across the next 12-months.

The new Champions are passionate about using the power of football to support and inspire people who are homeless to change their own lives and to change perceptions and attitudes towards people who are experiencing homelessness.

Mel Young, Founder and President of the Homeless World Cup, said: "Our tournament brings a sense of purpose to people who may feel like they’ve lost theirs and helps inspire them to change their lives. Today’s exciting announcement is the first of many as we aim to confirm and announce the host country and city for the tournament very soon.

“We are delighted to announce the signing of four global superstars who have joined our Squad to further support us with our vision for a world without homelessness.

“Cristina, Hero, Honey and Michael are incredibly passionate about making a difference and supporting the work we do across the year, opening up discussions about this global issue. We are delighted to have them on board as we gear up for a busy and exciting 12-months with the return of our tournament and the continued good work we are doing with our global 70+ Homeless World Cup Member Countries.”

“Being involved in Netflix’s film about the tournament (The Beautiful Game ) which will be released soon, opened my eyes to the global issue of homelessness, we got to learn about the history of the Homeless World Cup whilst filming and the millions of lives it had impacted over the years. I’m looking forward to seeing what we can achieve over the next year and of course, the return of the tournament!’

Honey Thaljieh, said: “The Homeless World Cup empowers people and changes lives. Football changed my life and broke down barriers and this special tournament does exactly that, it’s a charity very close to my heart and I’m delighted to be continuing my relationship with the Foundation as a Champion.

“We need much more awareness about the global issue of homelessness, which has only got worse after the pandemic and the living crisis we now face. We all have a duty to change the lives of those that need it and the magic of football and of the Homeless World Cup does just that. The players are the heroes, their journey and their messages are one of hope, they have faced difficult environments and situations, but they gain their dignity back and their self-worth back, the moment they set foot onto the pitch. It’s a special thing to be a part of.”

Michael Sheen said: "The Homeless World Cup in Cardiff, 2019, was one of the proudest and most humbling experiences I’ve witnessed and been a part of for a very long time. I couldn’t be happier to have joined the Homeless World Cup as a Champion and to continue supporting this life-changing event.

It’s a privilege to meet those taking part and to hear their extraordinary, inspiring stories. I can’t believe we haven’t had another tournament since 2019, I’m excited to see what next year has in store for the Homeless World Cup and everyone involved.”

The Homeless World Cup in 2023 is still being discussed between the Foundation and the host country and city. Once final, an announcement will be made as soon as possible.