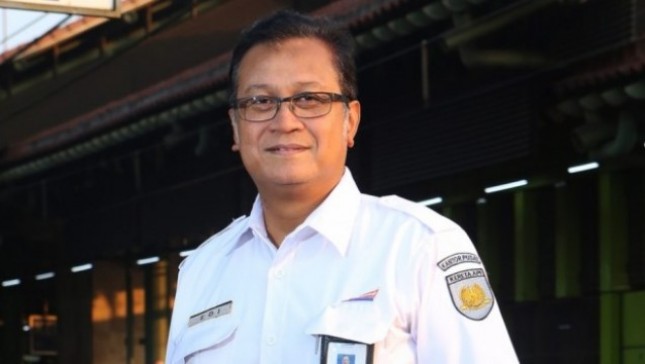 "The first one is replacing or rejuvenating old trains, 51 percent of which are 30 to 50 years old.We with the same Inka all other BUMNs will replace 1,000 trains in two, three this year Yesterday I signed the 430s new train carriages, "he said.

Edi said for the purchase of hundreds of train cars, the company allocates funds of Rp 3 billion to Rp 5 billion per carriage. A new train carriage is needed to replace old wagons that have been operating for decades.

There is also for short-distance trains such as Commuter Line KRL, the company annually keeps increasing its fleet.

"(Year) yesterday 120, this year 70 has come all. That is to increase the carrying capacity because now the passenger has reached one million people," he said.

Edi said that the company will also conduct operational maneuvers to anticipate the increase of passengers, such as by extending the train or trainset circuit which is usually as many as eight, 10 and 12 hopper.

Perum Perumnas and KAI inaugurated the construction of TOD worth Rp1, 45 trillion in Station Pondok Cina, Depok, on Monday, over an area of ​​27.7 thousand square meters. The four-tower vertical residential area provides 3,440 units of which 30 percent is allocated specifically to low-income communities (MBR).

Residential units are set at prices ranging from Rp220 million to Rp280 million and are expected to be completed by 2019. China Pondok TOD project is the second project after TOD Tanjung Barat is estimated to have begun in third quarter 2018.