The 2018 Financial Industry Growth Target is Difficult to Achieve 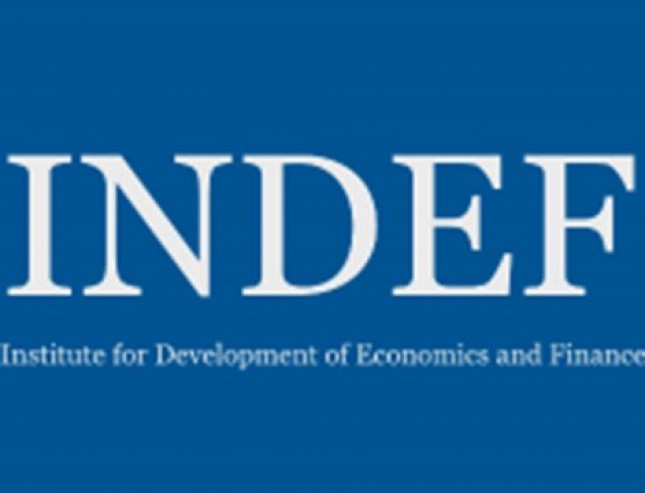 INDUSTRY.co.id - Jakarta - An independent research institute, Institute for Development of Economics and Finance (Indef), assessed the 5.4 percent growth target under the macro assumption of the 2018 RAPBN is difficult to achieve.

"The target of revenues in the Draft of the State Budget 2018 is very ambitious," said Executive Director of Indef, Enny Sri Hartati, in a press conference in Jakarta, Wednesday (18/2017)

Enny explains the widening fiscal deficit to stimulate the economy has not been optimal to boost economic performance. This is one of them because the tax revenue target is too high.

High tax target is considered to be able to reduce the guts of business actors in expanding, resulting in the economy in general stagnant.

Enny also argues that the format of the taxation policy direction has not changed, which tends to "hunt in zoos" or still pursue the object of the tax already recorded.

This is not only counterproductive to the productivity of the real sector, but also raises the potential for "shortfall" revenues that can have implications for budget tightening and fiscal stimulus and not optimal risk of increasing debt and the risk of eroding budget credibility.

"This must be calculated correctly, the extent to which effectiveness in providing fiscal stimulus to encourage economic growth," he said.

Enny believes that the economic acceleration effort can start from the relaxation side of taxation in order to avoid the stagnation of economic growth at 5 percent in the last few years.

The posture of the Draft State Budget of 2018 uses macro assumptions such as economic growth of 5.4 percent, 3.5 percent inflation, exchange rate of Rp13,400 per US dollar and SPN rate of 3 months 5.2 percent.

He argues that the 2018 political year can have a positive impact through the dynamics of campaigns that collect society. But on the other hand, the business world will also wait for the certainty of the election of new leaders or petahana in the area before doing business calculations.

This will allow the new economy to wriggle in the second half of 2018 or the momentum of economic growth in the first half of 2018 is not optimal.

"But not necessarily after a new leader can directly stretch the economy, considering it will directly face the national-scale political year in 2019," said Eko.