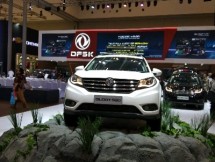 INDUSTRY.co.id - Bantul - Candidate Chairman of Airlangga Hartanto Group of Workers said the party bearing the banyan tree needs to make changes in order to improve elektabilitas in the face of the upcoming general election.

"Golkar is in a situation where the change is something that needs to be done to improve elektabilitas in preparation for elections 2018 and 2019 election," he said, in Bantul district, Yogyakarta Special Region, Saturday (9/12/2017)

On the sidelines of a joint prayer and support declaration Airlangga Hartanto became Chairman of Golkar at Graha Gandung Pardiman Center (GPC) Karangtengah Imogiri Village, Airlangga said Golkar should be the agent of internal change itself.

Related to him who has the potential to occupy the Chairman, he said Golkar Party is an open party.

"Golkar party is open, no one belongs to the family, not the dynasty, because there is no dynasty there is no family, this party belongs to society, so in court the decision is always done democratically," said Airlangga.

He added, "So there is nothing to worry about in the process of determining the chairman's mechanism, and will be decided later in the planned Golkar General Assembly (Munaslub) of the Golkar Party."

"Well the letter of application held by Munaslub is one of the internal mechanisms of the Golkar Party, if Golkar is adult able to solve the problems internally, therefore at the time Munaslub must be opened to the candidates ketum participate in contestation in Munaslub," he told the media crew.

Airlangga added, I do not think there has ever been a Munaslub without any contestation so far it is run in accordance with the procedures of the House of Representatives (domestic rules / rules) in question," he said.

"And we started this change from Yogyakarta, because Yogyakarta has a long history about the struggle of RI and today we are fighting to restore the glory of Golkar in the society," he said.