If you Wander to Visit Seoul, Do not Bring Drinks to the Bus 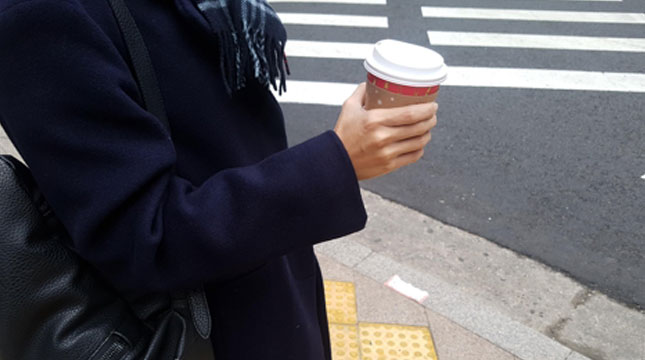 Illustration Takes Coffee while on the Go (Photo: english.yonhapnews.co.kr)

INDUSTRY.co.id - Seoul - Various regulations in every country and even region, making the tourists especially who want to vacation to this Gingseng country. Why? because the Seoul city government of South Korea imposes a ruling in which residents or tourists visiting Seoul should not bring a coffee cup brought back into the bus.

Quoted from yonhapnews, Saturday (30/12/2017), a regulation that will come into force on Thursday (28/12/2017), this is become one effort that if someone brings the drink into the bus will cause odor and considered endanger the safety of others.

Therefore, Seoul City Councilor Yoo Kwang-sang proposed to make the regulation. Because, as for a number of cases where people who bring their drinks into the bus shed hot or cold drinks.

"We have seen a lot of disagreement over the accidental spill of coffee or drinks in the take-home cup, to prevent such a dispute, we need to make the rules," Yoo said.