As a Pillar of National Innovation System, ITP Collaborates with BIN 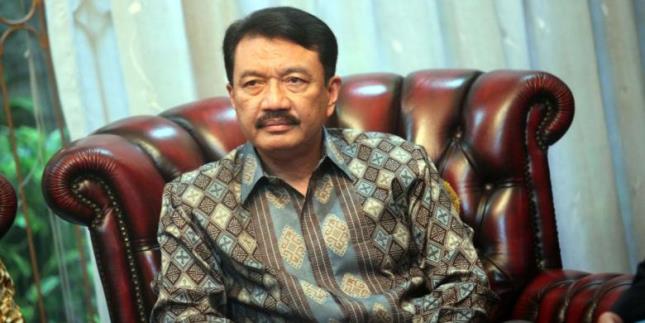 INDUSTRY.co.id - Bandung - The head of the State Intelligence Agency (BIN), General Pol Budi Gunawan, was a guest lecturer in the lecture entitled "Indonesian Intelligence: Institutions, Missions and Innovations", in the West Hall of ITB Campus on Wednesday, emphasizing ITB and BIN collaborating as a pillar of the national innovation system.
"The pattern of classical intelligence in the form of human intelligence alone can no longer answer the challenges of the time," Budi Gunawan said.
Therefore, he said, cooperation with a campus like ITB is something to do, just as the CIA is working with MIT in the United States. "The top campus in technology is the backbone of intelligence agencies in many developed countries," he said.
The Head of BIN also conveyed the reason for his arrival as a lecturer at studium generale namely ITB is the most advanced institution in the field of technology in Indonesia, and has qualified human resources.
"Normally, I am a lecturer at Police LEMDIK, STIN, and other law enforcement agencies, but this morning I am proud and honored to be invited to be a guest lecturer at ITB to fill the Studium Generale course," he said.
"As the head of BIN and the whole range, BIN expressed his gratitude for the invitation to attend the West Hall which is a historical building since the establishment of ITB in 1920," he continued.
He said some of the existing technology in ITB could help overcome the cyber war phenomenon that could potentially tear this nation and cause vertical and horizontal conflicts.
In addition, the radar, nuclear, biological, and chemical drone technology developed at ITB is also very useful for the purposes of intelligence and security of this nation.
He presents a number of examples of technological developments that are currently being discussed in the world such as cryptocurrency, linancial technology, dark web, bots, and cyber attacks and also describes a number of concepts and data related to global dynamics and the direction of world change.
The concept of "The Six Ds" (digitized, deceptive, disruptive, demonetized, and dematerialized) illustrates how technological developments are the main drivers of the changing world order including in Indonesia.
"Technological developments are expected to cause anomalies of economic transformation in line with the development of the creative, digital, and data era in Indonesia," he said.
It is in this context that the State Intelligence Agency (BIN) as the state intelligence organization has the role of the eyes and ears of the state to predict, prevent, detect, and respond to changes in the world affecting the national interest in ideological, political, economic, social, cultural, defense and security.
According to him greeting roles, BIN recognizes the importance of developing and utilizing technological innovation. Nevertheless, technological innovation in Indonesia is still faced with a number of obstacles, such as availability of facilities and quality of human resources.
"Therefore, it takes an effort to answer the challenges and global dynamics," he said as quoted by Antara.
The Head of BIN emphasized how BIN is committed to taking part in the effort by advancing domestic technology, optimizing the national human resources, and encouraging collaboration intensification with technology innovation centers.
He conveyed how the world's intelligence agencies, in collaboration with higher education institutions, created innovations that later developed into technological technologies not only used in intelligence activities, but also useful for the public.
BIN's commitment is embodied in the concept of "Institution, Intuition, and Innovation" currently being promoted. The Head of BIN conveyed that the transformation of BIN institution is being intensified in order to create reliable and modern intelligence and able to warn quickly against any potential threats that will occur.
Development of intuition through big data analysis, early warning system, and intelligent forecasting is also done to improve the performance of BIN as the eyes and ears of the country. Finally, innovation development is driven by the development of digital intelligence platforms and infrastructure, modernization, and strategic collaboration with technology innovation centers including ITB.
"This is what underlies the cooperation between BIN and ITB through a Memorandum of Understanding and a number of Cooperation Agreements (PKS) signed immediately after the activities of Studium Generale," he said.