Gus Sholah: The Depth of Indonesia Depends on Foreigners 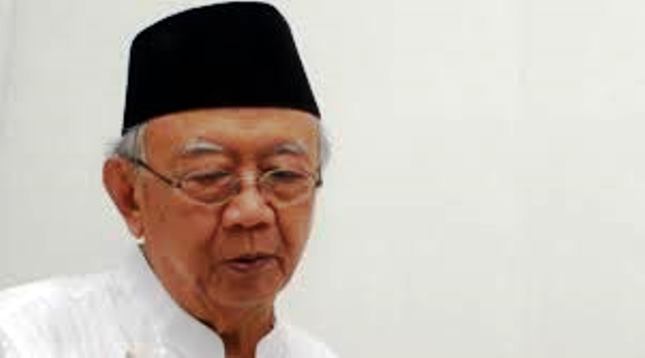 INDUSTRY.co.id - Jombang - Caretaker of Pondok Pesantren Tebu Ireng Jombang, East Java, KH Salahuddin Wahid said khilafah islamiyyah in Indonesia could be realized if there is a great power from abroad that support it.

"I do not think it's there," Gus Sholah, his nickname, said in a seminar on the 51st anniversary of Universitas Hasyim Asyari (Unhasy) in Jombang on Saturday (17/3/2018).

However, continued Gus Sholah, if the Islamic caliphate is really forced to stand in Indonesia then that must happen is a civil war.

"Some people believe that khilafah bring prosperity, including lecturers and students, but not necessarily, which is a civil war, a disaster, so we first prevent damage," he said.

On the same occasion, PPP Chairman M Romahurmuziy said radical groups and radical seeds remain to be wary of.

According to him, although not appearing on the surface does not mean they are not there. They can either use a silent strategy or play counter rays.

"They are also spreading hoaks, and the crowd of President Jokowi prayers in Afghanistan is part of the contract," he said.

Rommy, his nickname, affirms that radical groups who are in the name of Islam do not represent Islam at all.

"They emphasize their own opinions," said the great-great-grandson of NU founder KH Wahab Hasbullah. (Ant)