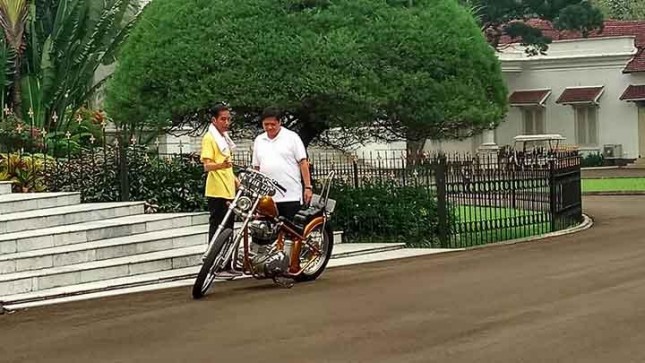 INDUSTRY.co.id - Jakarta - Political Communication (Polcomm) Institute released a recent survey of electability leaders who have the potential to become presidential candidates in 2019.

The result is President Joko Widodo still out perform Gerindra Party Chairman, Prabowo Subianto, which is 49.08 percent versus 29.67 percent.

"Who will be selected respondents in the 2019 presidential election, Jokowi get 49.08 percent, followed by Prabowo of 29.67 percent," said Executive Director of the Polcomm Institute, Heri Budianto in Jakarta, Sunday (25/3).

Under Jokowi and Prabowo, there is the name of former TNI Commander General Gatot Nurmantyo with 3.50 percent electability, followed by Master Bajang Zainul Majdi with elektabilitas 1.75 percent.

"Other candidates are still far below Jokowi and Prabowo," said Heri.

The results are not much different if the presidential election is carried out during the survey conducted. Jokowi, Heri said, still ahead of Prabowo.

Heri then explained that the survey was conducted on March 18-21. The survey involved 1,200 respondents in 34 provinces with multistage random sampling method. Surveys were conducted by face-to-face interviews with respondents.

"Survey confidence reached 95 percent and margin of error of 2.83 percent," he concluded.