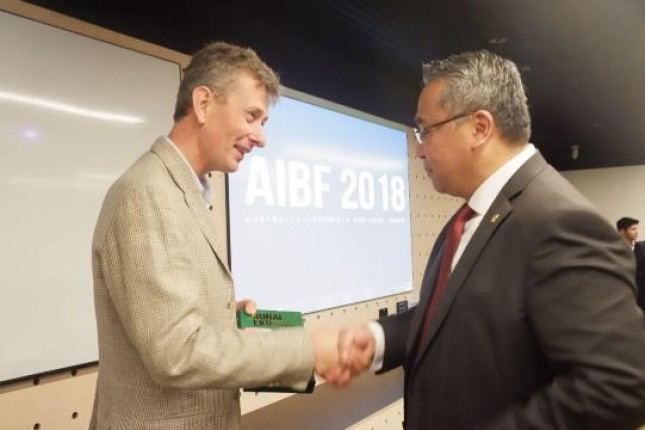 On that occasion Mendes Eko gives motivation to Indonesian students to succeed and invite back to Indonesia. "There are still many potential villages that need to be explored and developed," he said.

The event was also attended by Consul General of Indonesia in Victoria and Tasmania Spica Tutuhatunewa and Professor of Management and Director of Engagement at Monash Business School Edward Buckingham.

The event was attended by The Engagement Coordinator of The Australia-Indonesia Center, Representative of Australia Indonesia Youth Assosiation (AIYA), and Indonesian Student Association in Australia (PPIA).