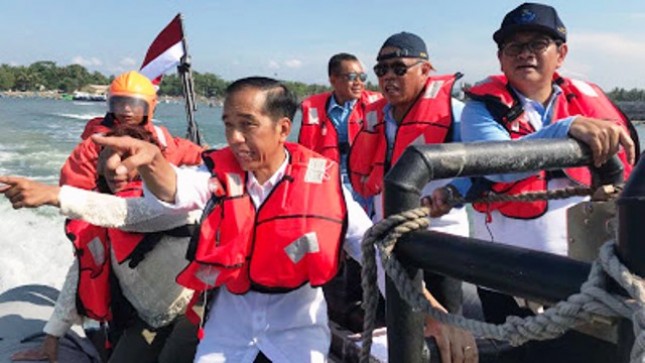 "The order should not be Mrs. Susi to the minister, who orders the president, that Mrs. Susi is going to be president," he said.

In his speech, Minister Susi asked the Minister of Public Works and People's Housing Basuki Hadimuljino and Minister of Transportation Budi Karya Sumadi to dredge the river in Pangandaran Beach to be passed by the fishermen.

Susi claimed the request is a request from the fishermen in the region Pangandaran.

"There is a request because they have 'nodongin' me early in the morning before you come, especially submitted to the Minister of PUPR and Pak Budi (Menhub) for the construction of 'backpotter' and pier," he said.

At the request, the President also had a dialogue with three related fishermen delivered by Minister Susi.

The three fishermen acknowledge that it is necessary for the existing rivers in the Pangandaran area to be disodet so that their boats can enter so as not hit by the waves.

At the request, the President gave two months to Minister Basuki to do the work and the Minister of PUPR agreed.