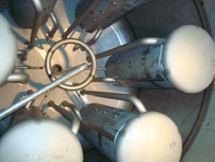 INDUSTRY.co.id - Jakarta - Chairman of the Central Board of the University of Indonesia (ILUNI UI) Alumni Association Arief Budhy Hardono argues, the Indonesian people have many people of quality, moral and integrity that can run amanahnya as representatives of the people.

Therefore, it is appropriate that the people nominated or nominated by political parties (Political Parties) to become legislative members are those who can maintain the integrity and trust and trust of the people. Not those who are legally proven to have committed a corruption act aka Corruptor

Arief Budhy Hardono conveyed this when asked for his opinion related to the plan of the General Election Commission (KPU) which will issue a rule prohibiting ex-corruption prisoners to follow the Legislative Members Election. The KPU is currently finalizing the finalization of the rules to be issued this week. The KPU's plan was rejected by some political parties participating in the 2018 General Election.

In the same place Secretary General (Secretary General) ILUNI UI Andre Rahadian opinion, what the KPU run by making the prohibition Political parties nominate ex-Corruption Prisoners to be a member of the House of Representatives or the DPRD is in accordance with applicable laws and regulations. The establishment of KPU regulations that prohibit this corruption prisoner has been in accordance with the authority of his institution. Referring to Constitutional Court Decision Number 92 / PUU-XIV / 2016 in July 2017 stating that KPU is an independent institution. In the judicial review of Article 9 Sub-Article a of Law Number 10 Year 2016 regarding Regional Head Election, the Constitutional Court decided that KPU shall not be bound by consultation meeting with any party when formulating KPU Regulation (PKPU).

"Therefore, we expect the leaders of the Political Parties to comply with the regulations made by the KPU. Political parties should not nominate ex-Corruption prisoners. If the political party is not satisfied, it is advisable to file a judicial review or appeal to the State Administrative Court or Administrative Court if the KPU regulations are considered to be detrimental to individuals or institutions. If the Constitutional Court cancels the rules made by the KPU, then, the Political Parties nominate ex-prisoners as Legislative Candidate. But if it does not sue the Constitutional Court or the State Administrative Court, the Political Party should not fight or not take action against the regulations made by KPU, "said Secretary-General Andre Rahadian, who works as an advocate this day.

General Chairman of ILUNI UI Arief Budhy Hardono argued, choosing and elected is the right of every citizen, including ex-Corruption prisoners. However, those who have been proven guilty of corruption, robbing people's money morally is no longer fit to be a representative of the people by becoming members of the House or DPRD. In addition, as far as possible, the people are given the choice of the people or community leaders the best in terms of education, professionalism, and moral. Not presented with ex-prisoners to be elected.

"Although the people or a person who vote for candidates for members of the House of Representatives or DPRD, but who select is a party of political parties. Therefore, we appeal, the management of Political Parties both at the center and in the region, to be more selective in memilicah members of political parties. Choose qualified members or administrators of Political Parties and noble characters to become candidates for DPR or DPRD members. Not those who have robbed people's money "said Arief Budhy Hardono.

Further Arief argues, there is no guarantee, former Corruption Napi once gaining power and the opportunity to reign not abuse the power or position held for corruption. Most likely, they will again abuse his power and position and the opportunity he has to enrich himself and his group. Therefore, in order to avoid suspicion and misgivings from the public, better, the Political Parties do not nominate ex Corruption prisoners.

"It is better for the Political Party Leaders to nominate or choose better, better qualified and past people who make people traumatized to vote for them. The number of Indonesian people is many. The number of good people is still much more than the ex-prisoners or corruptors. Provide good quality community members with good qualities while maintaining their integrity and integrity to become members of the House of Representatives or other public offices. Society and nation need good people to manage this country, "said Arief Budhy Hardono