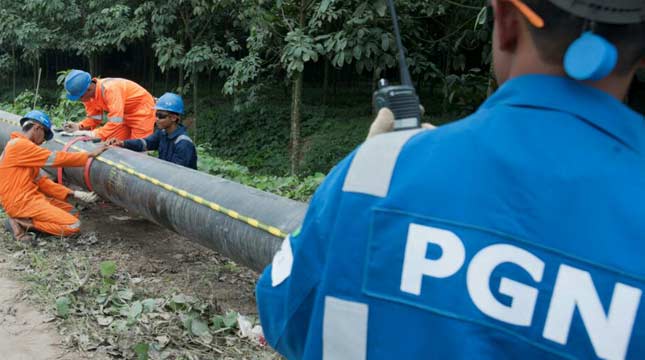 He said, in addition to continuing to expand the network, PGN also undertakes investment financing with self-help schemes (sharing of investments) with prospects for prospective customers who are not worth calculating investments by PGN.

"We are also actively communicating with industrial estate managers and government agencies, which is our commitment to continue expanding distribution to communities and industries throughout East Java," he said.

"The use of natural gas to provide added value to the company, in addition to environmentally friendly also benefited from a 15 percent increase in production volume and the company also does not need more storage space as when he used coal," he said.

Meanwhile, under contracts, Rajawali Cakra Sakti uses PGN natural gas with an initial volume of 10,000 to 15,000 m3, and next year the usage volume can double with the business development plan, ie washing cloth fabrics for shoes and sandals.

Randy said, currently the company he leads in sustainability has been producing 50 tons of shoelace per month. The production is mostly used to meet the needs of shoe factories.