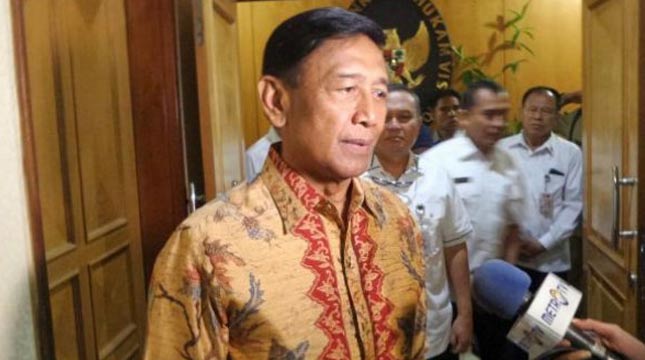 INDUSTRY.co.id - Jakarta - Coordinating Minister for Political, Legal and Security Affairs Wiranto believes that the expulsion of Myanmar's Ambassador to Indonesia is inappropriate.

This was disclosed Wiranto responded to the request of a number of figures and community groups to the government to break diplomatic relations between Indonesia and Myanmar, as a result of the humanitarian crisis that struck ethnic Rohingya in Rakhine, Myanmar.

"If the ambassador is withdrawn and there is no diplomatic relationship, will you send what help?" said Coordinating Minister for Political and Security Affairs at Tarumanegara University, Jakarta, Tuesday (5/9/2017)

The former TNI commander explained that in addition to making diplomatic relations between the two countries, the expulsion of Myanmar's Ambassador from Indonesia would also make the Rohingyas difficult.

"Rohingya's refugees are in need of help, but it's hard then," he said later.

Related to this humanitarian crisis, Coordinating Minister for Political and Security Affairs added that the Indonesian government is not just silent.

The government, through Indonesian Foreign Minister Retno Marsudi, has met with Myanmar State Counselor Aung San Suu Kyi, who is also the leader of the National League for Democracy Party, to try to stop the attack on ethnic minorities in Myanmar, Wiranto explained.

"So do not respond with emotion, it must be wise and intelligent, we have done a lot for humanitarian events in Myanmar," said Coordinating Minister for Political and Security Affairs.