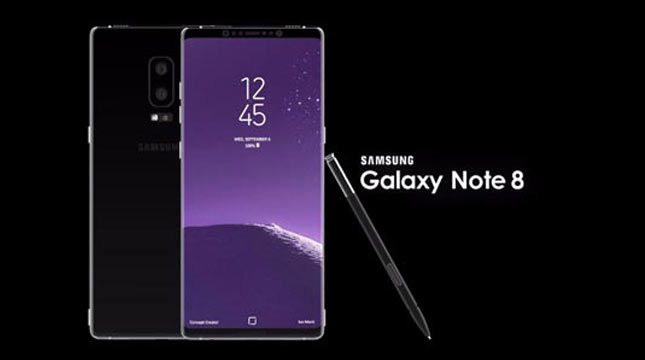 Some of the main countries that get the latest generation of phablet made by Samsung are the United States, Canada, Singapore, Korea and the main markets of European countries.

Samsung party revealed, it will launch the Samsung Galaxy Note 8 to other countries in the coming weeks.

Galaxy Note 8 has just got the first update that is claimed to improve the stability of camera applications. Then, the other changes are the increase in wireless charging and overall performance of this phablet.

the specifications of the Samsung Galaxy Note 8 among others is a 6.3-inch AMOLED touch screen with a ratio of 18.5: 9 which makes it slightly larger than the Galaxy S8 + which has a 6.2 inch screen size.

The Phablet is Samsung's first device with a dual rear camera with 12 megapixel resolution respectively and optical image stabilization or OIS. For the camera lens is configured horizontally, located on the left of the LED Flash and heartbeat sensors.

For fingerprint scanner features placed on the back of the body of the smartphone adjacent to the camera lens that is on the right LED Flash.

Not only that, Galaxy Note 8 is also powered by Exynos 8895 processor or Snapdragon 835 and for and use of this processor model depends on the region or country.

Phablet is also supported 6GB RAM and equipped with a battery capacity of 3300 mAh battery there is also a S Pen stylus inside. In its home country, Galaxy Note 8 64GB variant sold for US $ 960 or about Rp12, 7 million.