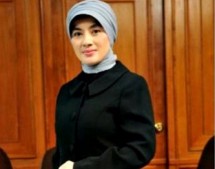 Substitution of Pertamina CEO Related to Target Development of Refinery

INDUSTRY.co.id - Kupang - Economic observer Dr James Adam said the Bank Indonesia Regulation concerning the charging of top-up of electronic money or e-money should not only benefit the banking and government and harm customers or consumers.

"Rules for charging the top-up of electronic money or e-money in the form of a Bank Indonesia Regulation (PBI) by the end of September should not only benefit banks and governments that have non-cash movement programs and harm consumers who are also customers ," he said in Kupang, Wednesday (20/09/2017)

He said it was related to the opinion that the policy of the cost of top-up of electronic money or e-money in the form of Bank Indonesia Regulation (PBI) at the end of September is not fair, because it only benefits the banks and governments that have a movement program non-cash and disadvantageous customers, especially those in the interior.

Some even questioned what is the benefit of using e-money compared to cash (cash) for Indonesia whose society is diverse and spread to remote areas.

Even though, he said, the cost of refilling the e-money balance is mentioned to provide incentives to the banks in preparing the procurement infrastructure, but the regulation of the balance content in the form of the Board of Governors (PADG) Rules, must be fair, so that it will not only benefit the banking and government non-cash movement programs and harm consumers. (Ant)