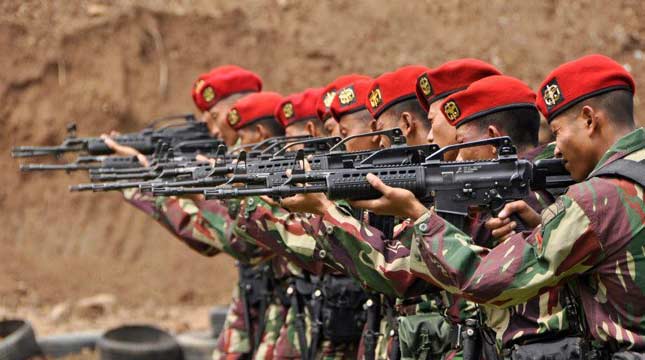 INDUSTRY.co.id - Pekanbaru- All elements of the Indonesian National Armed Forces in Riau Province strengthen supervision of border areas in the northern and eastern part of the local area and directly adjacent to the outside country.

It was said after the commemoration of the 72nd Anniversary of TNI in Jalan Gajah Mada Pekanbaru. In addition to the threat of war, I Nyoman continued, the TNI is also wary of the danger of non-war that is the entry of narcotics and drugs and "Proxy War" that disrupt the security stability.

The celebration of the 72nd anniversary of the TNI in Pekanbaru took place with several activities and performances presented by TNI AD, TNI AU and TNI AL soldiers. There were also some defense equipment and soldiers wearing uniforms according to each unit.

The event also presents contemporary dance of the winner of competition between Riau military district command. Dance that appeared at that time from SMK Bernas Pangkalan Kerinci. (Ant)