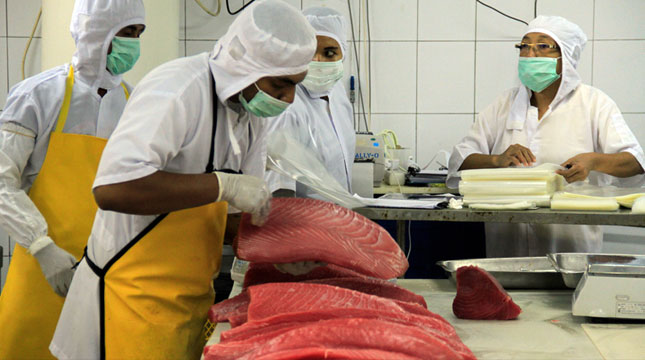 The rise in the value of fish and shrimp exports was driven by increased demand and export prices, said Head of the Central Bureau of Statistics (BPS) Sumut Syech Suhaimi in Medan, (15/10/2017)

He mentioned one of the largest export destination of North Sumatra fish and shrimp is the United States (US).

Chairman of the Association of Indonesian Entrepreneurs (Apindo) North Sumatera Parlindungan Purba said that the prospect of exports of fish, shrimp, and other marine products is still quite large.

"Despite the increasing trend, North Sumatra fish and shrimp exports are not maximized compared to their potential," he said.

Parlindungan acknowledges that the government still needs strong support for both businessmen and fishermen.

Assistance is needed because the case of fishing in the region of North Sumatra is still there.