A number of foreign tourists interested to see Komodo 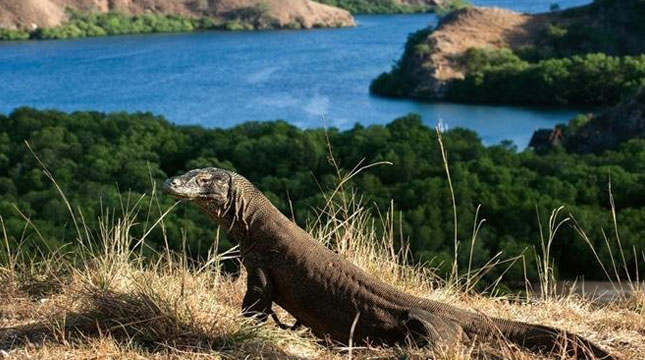 "We are from England and we know Flores because we know that here there is only one dragon in the world that is here," said Harry, as quoted from between, Thursday (19/10/2017).

Harry himself admitted to coming to Labuan Bajo for a vacation together with two children and his wife who is also curious about the reptile.

This large size is associated with island gigantism, which is the tendency of The body Growth of certain animals that live in small islands associated with the absence of carnivorous mammals on the island where the life of the dragons, and the rate of small Komodo metabolism.

Because of its large body, this lizard occupies the position of the top predator that dominates the ecosystem where he lives.

Harry added that his visit to Flores was the first time. He will also visit Pulau Padar, Pink Beach, Rinca Island and travel to Manta Island.

"The weather is quite hot today but it would be nice to review the tourist sites," he said.

Agree with Harry, Manager of Alba Cruise Robert the only fastboat rental place (speedboat) in Labuan Bajo admitted that so far many tourists come to Labuan Bajo just to see dragons Dragon.

"If you want to see the beach, every country must have a good beach, but this dragon in the world there is only one that is in NTT," he added.

He admitted that for now the fast boat rental owned by Alba Cruise is not as busy during the holiday season as the end of May to September because entering the month of October the weather has started unfriendly in Labuan Bajo.

He has two fast boats that can accommodate 12 to 34 passengers and at the time of May-September is fully filled even there are about 15 passengers who had been rejected because of fullness.

"Tourists are automatically everything to the leading tourist destinations in Labuan Bajo one of them is to Komodo Island," said Robert.