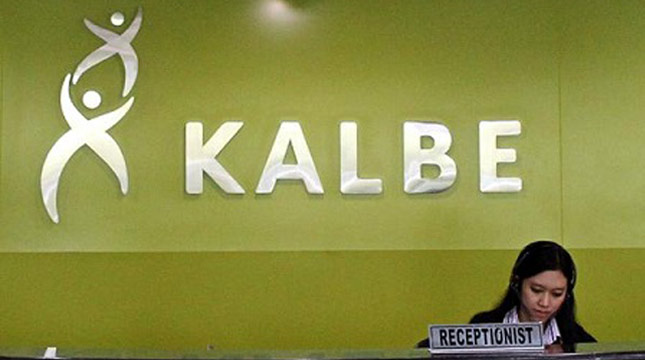 INDUSTRY.co.id - Jakarta - PT Kalbe Farma Tbk (KLBF) recorded net sales grew by 4.95% or to Rp15.089 trillion during the period from January to September 2017 compared to the same period last year of Rp14, 376 trillion.

Kalbe Farma Management in the information disclosure BEI, Tuesday (31/10/2017), said the increase in sales boosted earnings period that can be attributed to the owners of the parent entity during the first nine months of this year amounting to Rp1, 779 trillion or grow 4.5% from Rp1 , 702 trillion the same period last year.

The pharmaceutical company also managed to collect an increase in interest income by 4.412% or to Rp103, 732 billion as of end September 2017 from the same period the previous year Rp99, 348 billion.

As sales expanded, cost of goods sold also increased 5.23% to Rp7,725 billion during the first nine months of this year compared to the same period last year of Rp7,341 trillion.

On the exchange rate difference over the financial statements for the first nine months this year shrank drastically or about eightfold to Rp3,362 billion from Rp24,599 billion in the same period last year.

By the end of September 2017, KLBF total assets reached Rp16.224 trillion, with liabilities and equities of Rp2.960 trillion and Rp16.2224 trillion respectively.