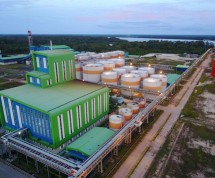 RSPO Emphasizes the Inclusive Aspect of the Palm Oil Market

"We have made significant progress in the past year, with a total of RSPO certified plantations covering 3.2 million hectares in 16 countries, up 14 percent since the last reporting period," said RSPO CEO Darrel Webber in a release received in Jakarta on Thursday 30/11/2017).

According to Darrel Webber, RSPO needs to continue to improve cooperation with partners especially in developing regions to provide significant change.

He explained, the number of RSPO membership has increased significantly around the world, where China and North America recorded a rise of 30 percent and 62 percent respectively.

As proclaimed, palm oil industry business actors must ensure that their owned companies are completely free from deforestation activities in order to improve the quality of one of Indonesia's main export commodities.

"The palm oil industry is still destructive and our report shows traders have no plans to improve it," Greenpeace Indonesia Forest Campaigner Bagus Kusuma said in a press release received here yesterday.

According to him, Greenpeace International has issued a recent report revealing that suppliers to some brands in the world still cannot guarantee their palm is free from deforestation.

He also believes that none of these companies can prove there is no deforestation in their palm oil supply chain, and declared the palm oil industry the main cause of deforestation.

Good to say this situation is very important for Indonesia's forests, because the country is considered to have lost millions of hectares of forest and deforestation is a major threat to the rare animals that live there.