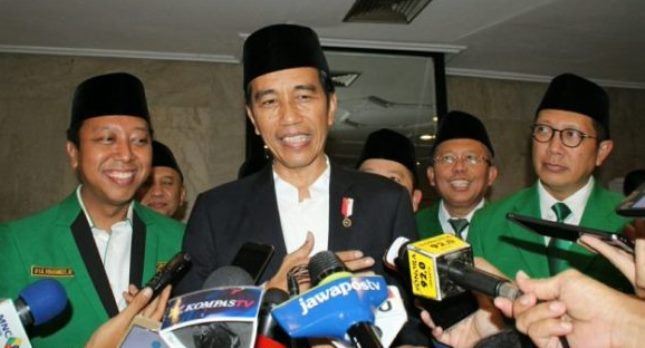 INDUSTRY.co.id - Jakarta - Chairman of the DPP PPP Romahurmuziy supports the steps of the Election Supervisory Board (Bawaslu) and the Police to map the potential of conflict-prone areas, by announcing the 2018 Election Disparity Index (IKP) for Regional Head Election 2018.

"This is an anticipative step after looking at the predictions of the situation that what happened in DKI Jakarta is also prone to be repeated in several places," Romahurmuziy or Romi said in a written statement in Jakarta on Friday (1/12/2017)

He explained that although 2018 election was held in 171 regions only, the number of voters involved reached 87 percent of the voters in the 2014 election.

This is according to him because the five largest voting provinces voted in 2018, namely West Java, Central Java, East Java, North Sumatra, and South Sulawesi.

"Because of that vulnerability at the point of contestation, where the contestation of the largest voters participates," he said.

According to Romi, the large number of voters in the elections in 2018 is feared not comparable with the number of security forces that exist, especially from the Police.

He pointed out in the elections in Jakarta in 2017; Jakarta Police should request assistance from the Police of West Java and Central Java for security.

"The elections in 2018 cannot be like the elections of Jakarta, because the security of the capital can not be withdrawn from Jakarta, West Java, Central Java, East Java have their own elections, about them must be self sufficient," he said.

Therefore, he asks all parties involved directly or indirectly in the elections to maintain a conducive situation by competing in a healthy manner.

He considered that the people should put the elections as a celebration of democracy, not the place where Pilkada means to abuse, defeat the opponent by all means.

"We also should not use pilkada as a means to increase the escalation of tension among brothers and nations of the country," he said.

Members of the House Commission XI asked all parties to filter and check all the information in circulation, especially those originating from social media.

It is necessary to ensure the validity of the information in circulation so as not to be provoked "hoax" information that can divide the Indonesian nation.

Three prone provinces Previously Bawaslu RI announced the 2018 Regional Head Election Index (KPK), on Tuesday (28/11), the result shows that there are three provinces have the highest vulnerability of Papua, Maluku and West Kalimantan Province in high vulnerability category has a value of vulnerability or index between 3.00 to 5.00.

"The three provinces categorized as vulnerable are Papua, Maluku and West Kalimantan," said Coordinator of the Division of Prevention and Socialization of Bawaslu RI Muhammad Afifuddin.

Meanwhile, 14 other provinces which will also hold elections in 2018 are categorized as moderate vulnerability, with values ​​ranging from 2.00 to 2.99.