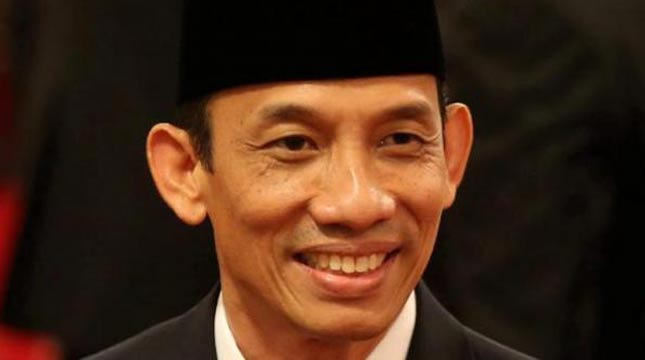 INDUSTRY.co.id - Jakarta- The ESDM Ministry will evaluate 43 ministerial regulations (candy) that have been issued since early 2017 to date.

"In 2017, until now there are 43 candies issued, everything will be evaluated," said Deputy Minister of EMR Archandra Tahar at the Presidential Palace Complex Jakarta, Monday (24/07/2017)

Archandra Tahar said it hopes from the candies issued the industry can see with a wider perspective.

"The President's message 'general' (in general), for candy, not a candy, to note that candy can accelerate the development of investment," he said.

Archandra mentioned 43 such candy related to various matters related to the field of ESDM.

Earlier, President Joko Widodo reminded his ministers to be careful in issuing ministerial regulations (candy) so as not to hinder the business world and investment.

"I ask the ministers, once again, to be careful in issuing candy," said the President when opening the Cabinet Meeting at the State Palace here on Monday.

Jokowi also asked the candy to be issued given time to "warm up" in advance and communicated with the community and stakeholders.

"Do not let publishing this candy will hamper the business world and only increase the authority of the ministry itself," he said.

The President asserted that what ministers and heads of institutions should do now is simply to simplify business, expansion or develop business, investment.

"Once again, candy is a reference should be there, do not let the candies it gives fear to them to invest, to develop the business, to expand," he explained.

The President reiterated that the regulations issued should encourage economic growth, opening up jobs.

"All must understand where to go," said the President.

Jokowi disclosed that there are candy bars, both in Ministry of Forestry and Environment, Ministry of Energy and Mineral Resources seen in one, two month is not responded well by investors because it is considered to inhibit investment.

"Please be given this note, as well as other candies, be careful," Jokowi said.