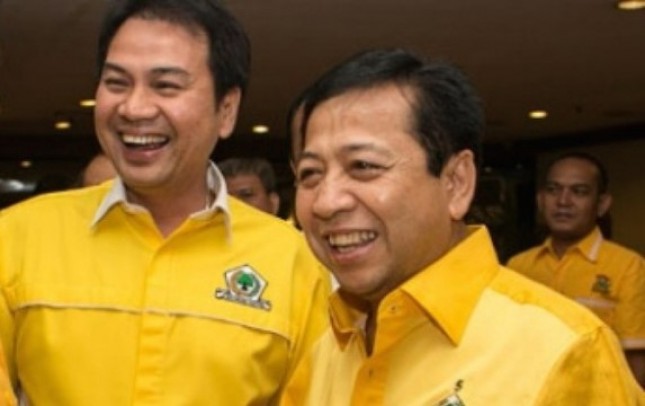 INDUSTRY.co.id - Penajam - Vice Chairman of the Golkar Party Experts Party Mahyudin justify the appointment of Aziz Syamsuddin as Chairman of the House by Setya Novanto.

"It has been signed a few days ago and now it has been processed, it may be inaugurated soon," Mahyudin said on the sidelines of the dissemination of the Four Pillars of MPR in North Penajam Passer District, East Kalimantan, Sunday (10/12/201)

"That's the prerogative of the Chairman, especially if it's not normal, not a normal condition, so it's fine," he said.

Under normal circumstances, he said, Setya Novanto might bring the issue in the Golkar DPP meeting. However, he continued, it was for the sake of democratization in the party.

"But now the conditions are not normal, it is not a matter of the Chairman directly appointing the successor of the House of Representatives," he said.

He believes that the appointment of Aziz Syamsuddin as Chairman of the People's Legislative Assembly has been carefully considered, including the capacity and capabilities of Aziz.