The Government Facilitates the Requirements for Submission of Regional Loans 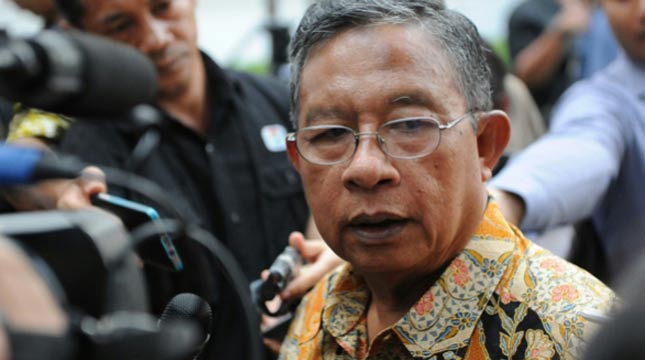 INDUSTRY.co.id - Jakarta - The government has made it easier to apply for regional loans from PT Sarana Multi Infrastruktur to encourage the acceleration of regional infrastructure development.

"This loan will be made simplification of the rules, so the process is not too long," said Coordinating Minister for Economic Affairs Darmin Nasution in Jakarta, Thursday (28/12/2017)

Darmin said that during this time the local loan application process is done in sequence which requires a long process so that the distribution cannot be done quickly.

With the existence of this cooperation agreement, all the correspondence issues related to the submission of this regional loan is completed at least 40 working days since the documents are received completely and correctly.

"The simplification of this rule is simultaneous, not sequential, we have calculated, the longest process, if feasible, 40 days is over," said Darmin.

Darmin expects the easiness of this requirement to accelerate the absorption of regional loans that have not been utilized optimally by the local government.

He said the regional loan could also go hand in hand with the grant of the Special Allocation Fund for local governments so that the construction of local infrastructure can be quickly realized.

However, of 542 provincial / regency / municipal governments in Indonesia only 26 local governments are ready to take advantage of local loans.

"We have just told 26 local governments that get 'offering letter', the location of the majority outside Java, so good loan this area can provide acceleration of regional infrastructure," he said.

Currently, he added, most of the area loan facilities are used for the construction of hospitals, roads and bridges, markets and terminals.

Emma ensures that her party will continue to disseminate to the local government to make this facility more accessible and provide benefits for economic progress.

"With this time acceleration and optimal socialization, at least next year the target is doubled from now, because there are still many local governments to work on, but we are also waiting for their respective local government initiatives," he said.

The total loan commitment of the region which has been channeled by PT SMI currently has reached Rp2.74 trillion with commitment (offering letter) amounting to Rp6.9 trillion and Rp414.7 billion is eligible to be effective.

In this regional lending scheme, the Minister of Finance provides guarantees on medium and long-term loans that fail to pay.

On that occasion, it is also signed the loan of PT SMI area for South Halmahera Regency and Tabanan Regency.

The Rp150 billion loans for the South Halmahera District Government will be used for the construction of Panamboang Tuakona Market and three streets in Labuha City.

The loan has a five-year tenor with a loan interest rate in accordance with the five-year Government Securities yield that is valid for the duration of the loan.

Meanwhile, a loan worth Rp201 billion for the Government of Tabanan District will be used for the construction of Regional General Hospital (RSUD).

The loan has a term of eight years with an interest rate of 8 (eight) years SBN repayment valid for the duration of the loan.