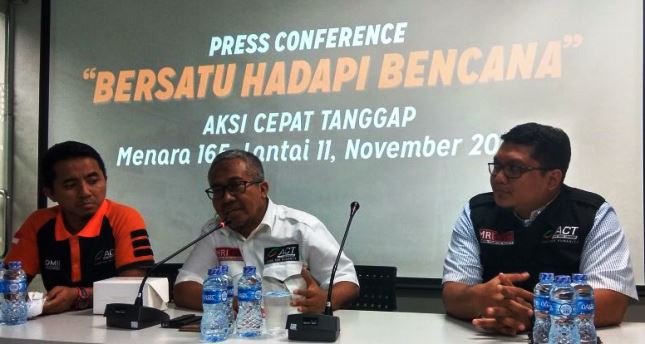 "With this card, the beneficiaries can shop for the value of the balance on the card for a certain purchase period," said ACT Vice President N Imam Akbari in Jakarta yesterday.

The card launch was held at three locations on Friday. Humanity Card has a similar function with a refillable exchange system. The card contains the identity of the owner (marked with the card number), indicating the owner is the beneficiary of the humanitarian assistance program, which will be filled with funding by donors. Nominal funds will be managed by Sodaqo Mini Mart.

With a computerized system, donors can tell if the beneficiaries are really spending their money and are not used for things beyond their basic needs.

"The other benefit is that the beneficiaries can choose their own needs as they should be. This card gives the same performance in terms of service to both the humanity cardholder and the regular consumer." In the future, the program will continue to be refined, among others by building a Humanity Distribution Center (HDC), an area of ​​assistance providers accessed humanitarian cardholder beneficiaries. With that step, the flow of assistance will be more humane.

HDC will be built around the pockets of refuge both domestically and abroad, the place where ACT fulfills the mandate of the Indonesian nation. ACT and Sodaqo hope that the goals and objectives of the program are fully supported by the Indonesian and world philontropists.