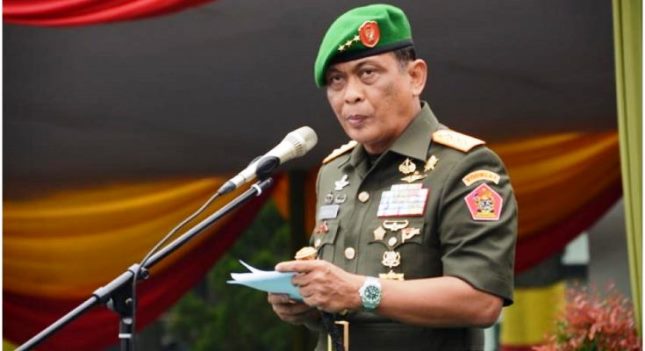 INDUSTRY.co.id - Jakarta - Commander of the Command for the Development of Doctrine, Education and Training (Dankodiklat) TNI AD Lieutenant General Agus Kriswanto will serve as Pangkostrad to replace Lieutenant General Edy Rahmayadi who became Pati Mabes TNI AD (in the framework of early retirement).

A press release from the TNI Headquarters in Jakarta on Friday (5/1/2017), the change of position was based on the Decree of the TNI Commander Number Kep / 12 / I / 2018 dated 4 January 2018 on dismissal and appointment in positions within the TNI, has been assigned a Position Mutation 20 Pati TNI, consisting of 18 Pati ranks of the Army, 1 Pati ranks of the Navy and 1 Pati ranks of the Air Force.

"Position Mutation within the TNI in order to meet the needs of the organization and career development of the Military Officers (Pati) of the TNI, in order to optimize the increasingly complex and dynamic duties of the TNI," said Head of Puspen TNI, Colonel Inf Bedali Harefa.

Therefore, he said, the TNI continues to make efforts to improve performance through mutations and promotion of personnel positions at the level of Army High Officers.