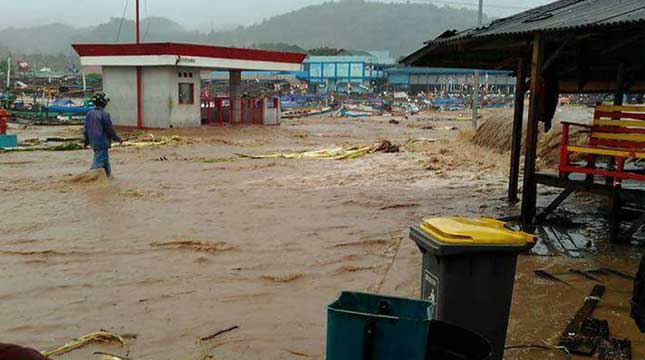 INDUSTRY.co.id - Semarang - The Central Java Meteorological Climatology and Geophysics Agency (BMKG) predicts a total lunar eclipse that will occur on January 31, 2018 will potentially lead to rob in various areas that are frequently hit by the phenomenon.

"Rob will get worse if the peak of the eclipse is also accompanied by rain," said Head of Data and Information BMKG Central Java Iis Widya Harmoko in Semarang, Tuesday (30/1/2018)

Currently, he added, is the peak of the rainy season.

When the eclipse occurs, he explains, the moon is in the closest position to Earth.

If during the eclipse along with the rain fall, he added, it is expected that the rob condition will be quite high.

At the height of the rainy season, according to him, rainfall with mild to moderate intensity will occur from noon to night.