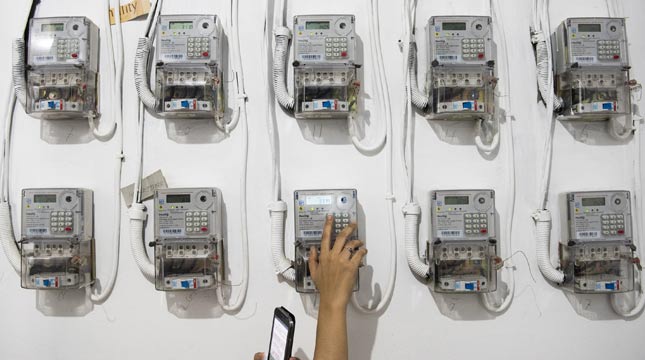 INDUSTRY.co.id - Mimika - The difficulty of access to transportation is one of the reasons for the slow economic growth, education, social and health services in Asmat District. Likewise also with electricity, as conveyed by the Manager of PT PLN (Persero) Timika Salmon Kareth Area in Timika (2/2/2018) ago.

Based on the report of the Directorate General of Electricity at the Ministry of Energy and Mineral Resources (2017), there are still 58 unelected villages in Asmat District. It is agreed that 40 villages will be electrified by PLN and the remaining 18 villages are targeted for the installation of Solar Energy Saving Lamp (LTSHE) as a pre-electrification program.

The Office of Industry, Trade and Cooperatives (Perindagkop) as the satker unit in charge of ESDM affairs in Asmat District proposed a total of 922 houses (1,179 families) in 14 villages to receive LTSHE from the Ministry of Energy and Mineral Resources by financing the APBN 2017. The challenge for the installation of LTSHE in Asmat is because the location of remote and scattered villages, also must be taken through sea / river travel.

"There are 601 Sehen lamps prepared by PLN for Asmat consisting of 4 districts and yesterday because of the extraordinary cases of measles and malnutrition, we also prioritize the villages with the most cases," Salmon said.

Since April 1, 2016, Asmat District previously under PLN Merauke Area, is now under the supervision of PLN Timika Area. Increased electricity infrastructure continues to be tipped as one of the programs towards Terang Maluku - Papua 2020.

Generally, the electricity condition in the Timika area is sourced from Diesel Power Plant (PLTD) which operates alternately for 24 hours. This area is supported by 44 units of PLTD consisting of 10 units owned by PLN and 34 units owned by private.

"Timika's electricity condition so far is no problem, we use diesel power plants that operate day and night, there are 44 units of generators, our employees are keeping an eye on the operation," Salmon said.

Of the 44 units of diesel engines, continued Salmon, the installed capacity of PLTD of 51 MW and electricity capable of generating 27 MW.

"Actually, we have 48 units of diesel engine, but there are 4 who are experiencing the disturbance," said Salmon.

Although there are some machines that are disturbed, electricity in the city of Timika and surrounding areas are still in safe status. Consumption of electricity per house also continues to increase.

Salmon said that every home in Kota Timika even uses the average 1,300 kVA power because of the large number of Timika people who have a livelihood as a trader or have a kiosk / other place of business.