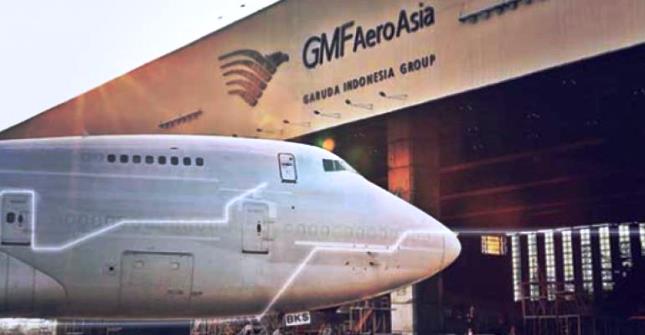 INDUSTRY.co.id - Jakarta - PT GMF AeroAsia Tbk. (GMF) re-signed a number of cooperation agreements during the Singapore Airshow in order to enlarge the international network of cooperation in the field of aircraft maintenance.

GMF President Director Iwan Joeniarto in a press release received in Jakarta, also said that it continues to provide the best service and convenience for airlines who become customers.

"In the era of Global MRO (aircraft maintenance) competition, providing efficiency without reducing the quality and security aspects into added value for us to be able to attract new customers outside the affiliation," said Iwan.

In the biggest aviation event in Southeast Asia, GMF has partnered with foreign airlines such as Cebu Air Pacific, a low-cost airline (LCC) from the Philippines, which signed the cooperation of two large-bodied aircraft maintenance with the Airbus A330 type at GMF.

Not only foreign markets, domestic operators also signed the cooperation of aircraft maintenance, as with Transnusa Aviation.

Previously, GMF assisted the development of aircraft maintenance sciences by signing a cooperation agreement with several educational institutions in the country.

Iwan said GMF will assist the formation of its syllabus so it can be approved by the Directorate of Air Service and Aircraft Operation (DKPPU) of the Ministry of Transportation. "It is expected that after graduation, students are ready to use, have basic license and can work directly," he said.

He added later graduates of this educational institution are projected to be able to assist GMF expansion projects.

Iwan Joeniarto also said that his side will help the Air Force in developing the capability of aircraft maintenance. "We will send GMF personnel to transfer knowledge in order to assist the TNI in maintaining its aircraft, a new breakthrough for GMF and the Air Force," he said.