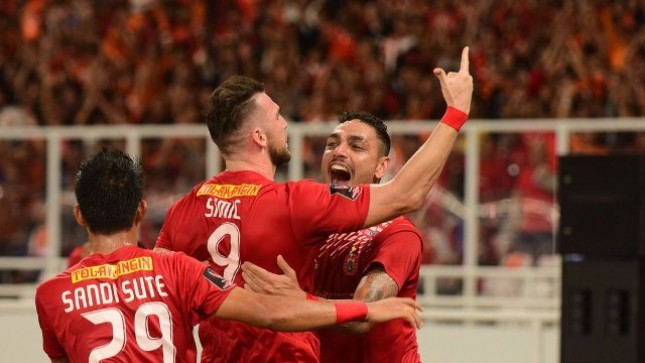 INDUSTRY.co.id - Jakarta - Ticket revenue during the 2017 President Cup game broke through more than Rp20 billion, and the biggest selling took place in the final between Persija against Bali United at Bung Karno Main Stadium, Jakarta, Saturday (17/2/2018)

Based on the report of Chairman of Steering Committee T (SC) 2018 President Cup Maruarar Sirait, ticket sales at this summit more than Rp 6 billion.

Tickets printed on this final sold out both online and offline.

"The President's Cup is a tournament that does not use state money, and we are reporting to President Joko Widodo that for the next year many are ready to be sponsors." Auto gifts are bigger than today, "he said.

In addition to reporting ticket sales revenue during the 31-day execution of the President's Cup, the man familiarly called Ara also reported the total number of spectators. Based on the recording done more than 423 thousand spectators who attended the stadium.

"The average total audience is 19,232 people in every game," Ara added.

The man who is also a politician explained that during the 2018 President Cup campaign is also emphasized for the empowerment of people's economy. In this final match even able to break the record number of traders (pkl) involved.

The number of street vendors around the Gelora Bung Karno Senayan complex reaches 1,063 people. While the number of huddle reached 335 people. They are scattered at some point in the biggest stadium in Indonesia.

"From the beginning we announced that the President Cup will be transparent, fairplay and become entertainment for the people," said Ara. (Ant)