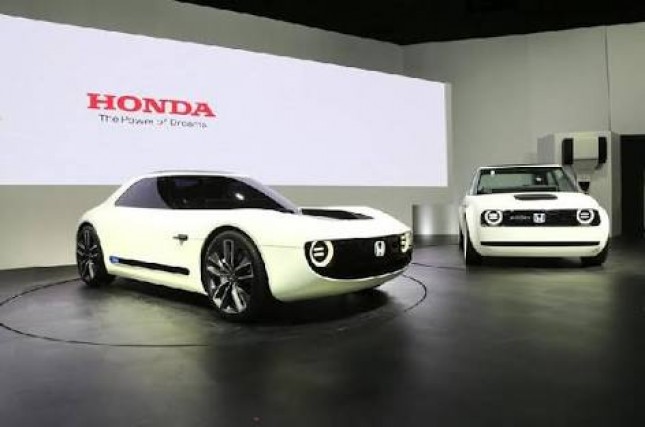 INDUSTRY.co.id - Switzerland, At the Geneva Motor Show 2018 Press Conference, Honda announced the ordering of the Urban Urban car's mass-produced EV car will open in early 2019. In addition to Europe, this car will also enter the Japanese market in 2020.

Philip Ross, Senior Vice President of Honda Motor Europe, said in response to positive feedback on this model, we started to open the Urban Urban EV reservations in early 2019 and begin production at the end of 2019.

"Honda Urban EV is assembled at Honda R & D Automobile R & D Center, Wako and built on a special vehicle electric platform, so it has more flexibility to layout components such as engines, batteries and more than internal-combustion engines," said Philip Ross through a written statement in Switzerland (9/3/2018) local time.

In addition, he added, the energy stored in Honda Urban EV batteries can also be used as a source of electricity for household appliances.

On the exterior, Honda Urban EV has a simple design with a flat A pillar, so that the windshield as if connecting to the side door.

Furthermore, he said, the uniqueness is also found on the front and rear of the car that has a screen to display messages for other riders on the go. "Its compact size has been adapted to European urban areas, making it easier to carry maneuver," he explained.

It is said Philip, in which four passengers can be accommodated with two rows of gray-clad bench seats and classic wood accents to give the impression of comfortable and modern. In the dashboardter can be a screen that extends from end to end to display a variety of information and battery capacity is left, and there is a screen on the inside of the door that serves as a mirror connected via a digital camera.

Equipped with artificial intelligence technology (AI) in the form of Honda Automated Network Assistant, Honda Urban EV can communicate with riders and recognize the stress levels of facial expressions and sounds, learn the lifestyle and preferences of riders, and provide suggestions on certain situations.