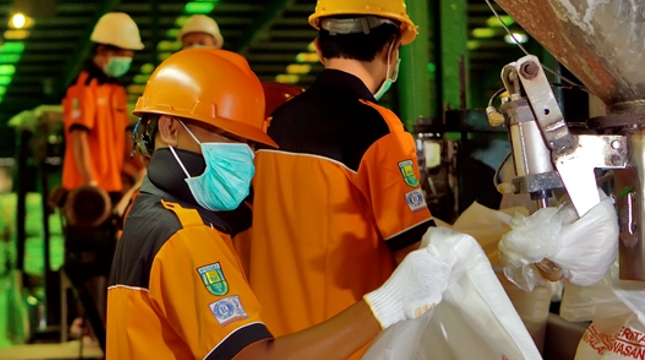 INDUSTRY.co.id - Jakarta - PT Pupuk Indonesia (Persero) stated, Pusri 2B plant is ready to operate with a total capacity of 1.5 million tons per year.

"Currently, the construction has been completed, estimated to have a capacity of 907 thousand tons of urea per year and 660 thousand tons of ammonia per year starting to produce this year," Head of Corporate Communications at Wijaya Laksana said in Jakarta on Friday (4/8/2017) .

On September 30, 2016, Pusri 2B fertilizer factory has succeeded in producing urea, followed by first drop ammonia on 3 November 2016.

"The development of Pusri 2B Factory is a company's effort to improve efficiency and maintain the competitiveness and reliability of urea fertilizer supply for Sumatra and part of Java so as to support government programs in food security," he continued.

Pusri 2B Factory besides applying new technology can also save raw material of natural gas. Pusri 2B plant will save gas consumption up to 14 MMBTU per ton of urea, thereby reducing the cost of production, in order to compete with the production of foreign fertilizer.

In addition to Pusri 2B in Palembang, the company is also building Amurea 2 factory in Petrokimia Gresik. This plant will increase the production capacity of Petrokimia Gresik, so it can meet the market demand in East Java which is indeed the largest urea consumer in Indonesia.