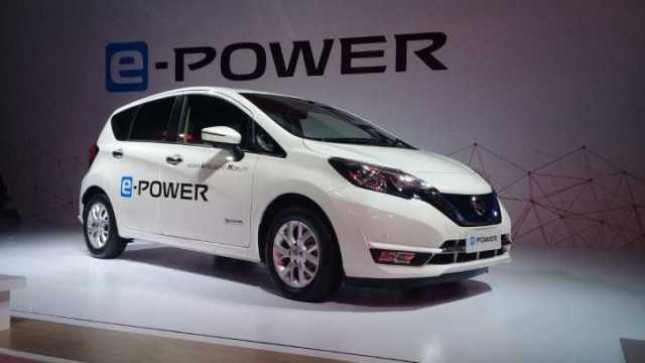 Nissan Note e-Power, a car that uses an electric motor with power from a lithium ion battery on board

Nissan targets to sell one million electric vehicles either pure electric or e-POWER every year until fiscal year 2022.

Phillipe Klein, Chief Planning Officer of Nissan, said our strategy for products and technology is dedicated to positioning Nissan as a leader in automotive, technology, and business evolution.

"We are working to focus on delivering the Nissan Intelligent Mobility, which includes the three core elements of electrification, which are swift technology, connectivity and new mobility services," said Phillipe Klein through his description in Yokohama, Japan (30/3/2018).

Klein reiterated that the mid-term plan aims to boost annual revenue by 30% to 16.5 trillion yen by the end of fiscal year 2022.

"The company is also targeting a profit margin of 8% of core operations and cumulative free cash flows of 2.5 trillion yen," he explained.

Klein promised to capitalize on the strength of the Renault-Nissan-Mitsubishi asset to support the company's goals.

Klein stated that Nissan will launch products in China starting this year with new electric vehicles for the C segment, based on Nissan LEAF technology.

In addition, he added, Nissan will also continue to develop e-POWER technology that has been pinned on the Nissan Note and Nissan Serena in Japan.

"Over 129,000 e-POWER records were sold in Japan in its first year, with more than two-thirds of subscribers choosing an e-POWER model instead of the usual variant," Klein said.

Nissan hopes that electric-powered vehicles including electric vehicles and e-POWER models will account for 40% of the company's sales figures in Japan and Europe by 2022, and 50% by 2025.