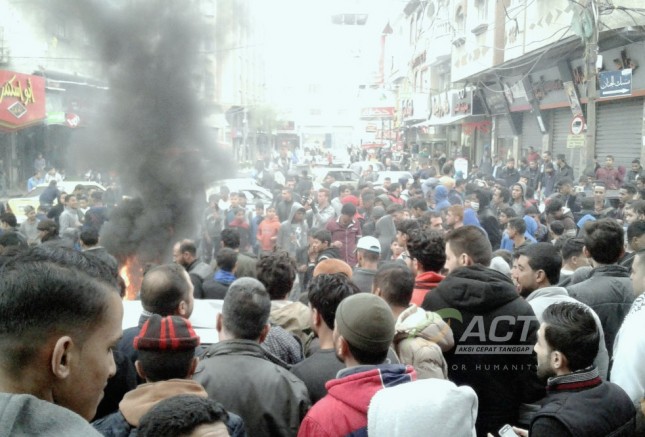 INDUSTRY.co.id - Jakarta - The House of Representatives affirmed that the Israeli military's aggression against the Palestinians must be stopped immediately, and the Republic of Indonesia has always been consistent in fighting for Palestinian independence in international forums.

The PAN politician also reminded the United States not to always buy Israel because the crimes committed by the Zionist state have been very real.

He asserted Indonesia along with other Islamic countries will always voice the independence of Palestine.

As quoted by Reuter’s news agency, Israeli Defense Minister Avigdor Lieberman on Sunday (1/4/2018) rejected calls for an investigation into the killing of 15 Palestinian protesters by soldiers on Friday in the Gaza-Israel border region.

Hamas, the dominant group in Gaza, said that five people killed were members of their armed wing. While Israel gave a different statement saying that eight of the 15 victims were members of Hamas, the organization that blacklisted Israeli terrorism.

The suit was later repeated by the heads of the EU foreign affairs agency Federica Mogherini, Amnesty International, and the left-wing opposition party in Israel Meretz.

Tens of thousands of Palestinians gathered Friday (30/3) along the guardrail between Gaza and Israel. They set up tents and plan to hold demonstrations for six weeks in a row to demand the return of Palestinian refugees and their descendants in Israeli territory.

But some of them did not heed the call from the demonstrators' leader to move away from the guardrail.

The military said that some of the victims had fired guns at soldiers, rolled burning tires, and threw stones and Molotov cocktails at the border.

"The use of lethal ammunition should be part of an independent and transparent investigation," Mogherini said in a written statement on Saturday (31/3/2018). (Ant)