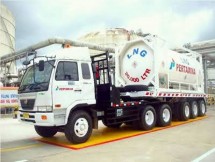 INDUSTRY.co.id - Medan - Humanitarian Institution Aksi Cepat Tanggap or ACT managed to raise funds for residents in Syria for Rp15 billion and hopes will continue to grow including from North Sumatra.

"Although the amount of funds collected is quite large or Rp15 billion in just seven days, but is considered not maximal," said ACT Leader, Eko Sujatmoko in Medan, Tuesday (10/4/2018).

For that, he said, ACT continues to collect humanitarian funds from Indonesia.

ACT, said Eko hopes to get support from governors, mayors and regents throughout Indonesia.

"For in North Sumatra, ACT also expects regional heads to provide support to increase the acquisition of humanitarian funds" he said.

Eko admitted, from 33 districts / cities in North Sumatra, but ACT is still active in 21 regions.

"North Sumatra is expected to make a major contribution in the delivery of humanitarian rice to Syria, which will be implemented on 21 April 2018," he said.