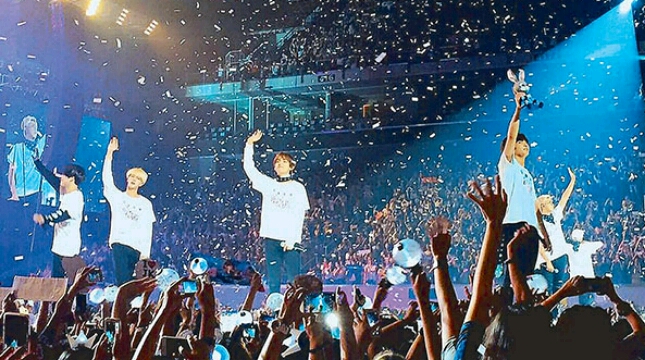 Quoted from soompi, Tuesday (24/4/2018) Rap Monster and friends are known to have entered into the nomination 'Top Social Artist' in the prestigious award.

Previously BTS on the Billboard Music Awards last year just delivered his speech alone without the appearance of the stage.

Billboard began announcing an artist lineup for this year's event. So far the confirmed ones present are Dua Lipa, Shawn Mendes, and Camila Cabello.

Fans quickly realized that the big letters in their tweets mention the word "Done".

Mike Mahan used "Done" as a reply to BTS fans when they asked him to invite BTS to the awards show.

Previously, he also used the word as a hastagh for his picture with BTS in 2017 ago.

However, it seems the statement can not be promising. Mahan had previously used the word when replying to fans who hope to bring Demi Lovato.

This year, the Billboard Music Awards will air on May 20th on NBC and two days earlier BTS will be holding their comeback with "Love Yourself: Tear."