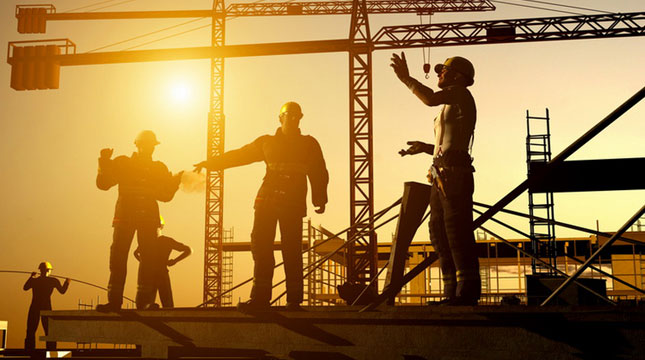 INDUSTRY.co.id - Jakarta, A total of 28 SOEs collaborate to form Private Investment Fund (PIF) in order to support the development of national infrastructure.

Bahana was appointed as the manager of the BUMN investment fund under the supervision of PIF.

The government's commitment to providing and improving infrastructure throughout Indonesia continues to roll.

Although some State-Owned Enterprises (SOEs) are working and even some infrastructure projects have been completed, but the government still feel the need to boost it.

For the sake of rolling out infrastructure development to increase connectivity across Indonesia, Bahana Kapital Investa along with 27 other SOEs through the support of the ministry of SOEs agreed to form a private investment fund company to manage the investment funds owned by a number of SOEs to further be used to finance a number of strategic infrastructure projects.

Bahana Kapital Investa together with Danareksa Capital which is a subsidiary of PT. Bahana PUI (Persero) and PT. Danareksa (Persero) will manage the funds owned by 8 insurance companies such as Taspen, Askrindo, Asabri and 13 pension funds (Dapen) including Dapen Bank Mandiri, BNI, BRI, BTN, Jasa Marga, Telkom and others.

The management of these funds will be under the supervision of the Private Investment Fund which is expected to take shape in the near future.

"To bring Indonesia to compete with neighboring countries in Southeast Asia in attracting foreign investors to invest in Indonesia, we must be able to provide adequate infrastructure facilities so that logistics costs can be reduced," said Marciano H Herman - President Director of PT Bahana Pembinaan Usaha Indonesia (Persero) who is also Commissioner Bahana Kapital Investa.

"Through this scheme, we believe the acceleration of national development can be done so that the economic stretch will be stronger in the future," added Marciano.

The establishment of this private investment has been agreed in the MOU signed on March 29, 2018 by Bahana Kapital Investa and Danareksa Capital along with 27 other SOEs directly witnessed by the Minister of SOE Rini Soemarno accompanied by the Deputy of Financial Services business Gatot Trihargo and Deputy for the restructuring and business development of Aloysius Kiik Ro.

As known, in the State Budget (APBN) 2018, the government allocated Rp 410.7 trillion for infrastructure spending, up from last year's budget of Rp 388.3 trillion, which will be used to build 865 km of new roads , 25 km of toll roads, 8,695 km of bridges, completion and construction of 8 airports.

But this fund is certainly not enough to fund all national strategic projects that require substantial funds.

The presence of BUMN Fund is expected to participate to support the development of other infrastructure projects.

"The presence of this investment fund will be one of the solutions for more organized infrastructure funding, as well as optimizing the management of state-owned funds either by investing in projects or securities portfolios," said President Director of PT. Bahana PUI Marciano H Herman.

According to him, it can also be used to buy capital market products including support for non-brown field infrastructure, or still green field.

Rini revealed the current national capital market in a depressed condition because of the strengthening US dollar. As a result, the rupiah weakened.

Nevertheless, according to him, Indonesia's economic fundamentals are in good condition.

The President Director of Pension Fund PT Bank Tabungan Negara Tbk (BTN) Saut Pardede who asked for his response in a different time rate, in fact there has been no significant obstacle to invest in infrastructure.

It also has a portfolio investment in this sector, one with the purchase of bonds owned by state-owned enterprises. Provided, she said, risk and return is appropriate.

Even so, Saut suspects the debt ratio of state-owned enterprises is quite large.

"Perhaps infrastructure SOBs are already heavily indebted into debt so that new schemes are required in funding," she said recently.

The possibility of a high debt of BUMN Karya is also disclosed senior researcher at the Institute for Development of Economics and Finance (Indef) Faisal Basri.

According to him, infrastructure development actually relies more on financing from the internal funds of BUMNs that get the development assignment.

According to him, the infrastructure that is being intensively built by the state through SOEs mostly comes from the funds of each company.

Not derived from direct government debt.

As reflected in the financial statements of state-owned construction companies from the disclosure, PT Adhi Karya Tbk (ADHI) has recorded liabilities increased from Rp 14.59 trillion to Rp 22.46 trillion.